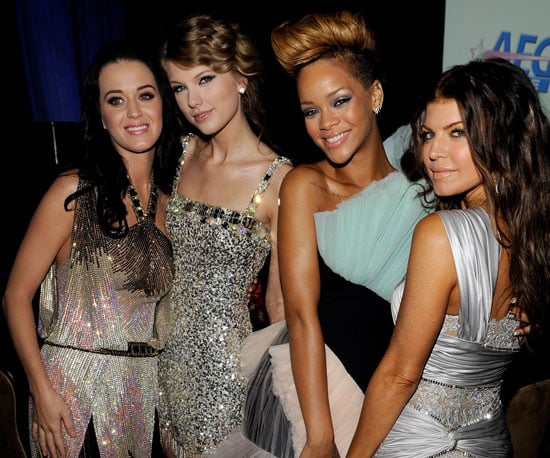 Kicking Off the Grammys With a Salute to Icons!

Last night Clive Davis hosted his annual pre-Grammy Salute to Icons with a star studded crowd in attendance. Katy Perry, Taylor Swift and Jay-Z were in the audience while Carrie Underwood, The Black Eyed Peas and Jamie Foxx kept the crowd entertained with some of their Grammy nominated hits. It's hard to forget how the night before the Grammys ended for Rihanna one year ago, but she smiled big throughout the party with so many of her friends. We'll be updating live from the big show, so stay tuned!

Music
Halsey Doesn't Hold Back After Being Snubbed For a Grammy: "It's Not Always About the Music"
by Grayson Gilcrease 01/12/20