Amanda Seyfried wore a cute bunched-up braid and a strapless dress as she and her Letters to Juliet co-star Chris Egan premiered their film last night in LA. Former Home and Away star Chris recently revealed that he is now single and that he'll be filming back in Australia soon. Letters to Juliet opens today and Amanda has been busy all over the world with the accompanying press tour. We chatted with her recently about filming in Verona and her costar wish list during their junket in Italy. Amanda also sat down this week for an interview on Chelsea Lately, where she talked about the scandalous foot tattoo her long-distance love Dominic Cooper apparently suggested she get. Peter Facinelli and Jennie Garth hit the red carpet together to show off their own ongoing love story before his Eclipse promotional duties. 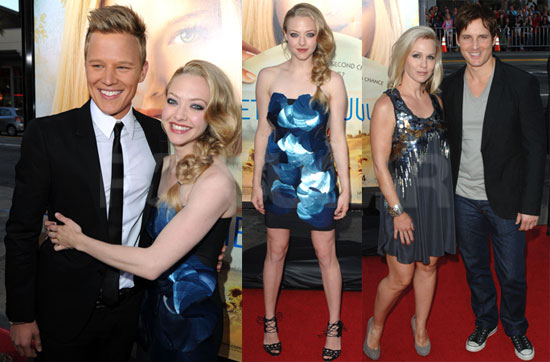