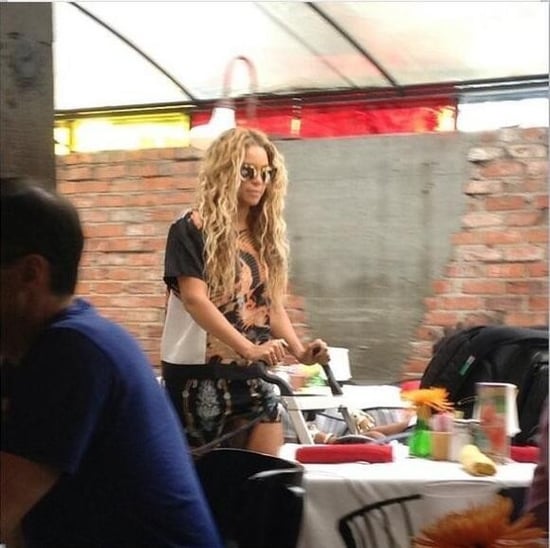 Beyoncé is a girl after our own hearts! The star was spotted at Target in her hometown of Houston, Texas, on Sunday night, and a few excited fans shared their photos through social media. A source tells E! Online that Bey stopped to pick up Pepsi before goofing off with her pals in the store, saying, "She was laughing and chatting with friends, and Hula-Hooping in the middle of the aisle." She was also snapped pushing daughter Blue Ivy in a stroller and trying on hats in the accessories department — proving that nobody can resist a straw fedora for $19.99.

While we're a little surprised to hear that Beyoncé doesn't have a lifetime supply of Pepsi at this point, it's still nice to know that she isn't too famous to hang out and act like a kid in the middle of Target. What do you think of Beyoncé's down-to-earth department-store run?