Lea Michele was front and centre in her LBD last night as the Academy of Television Arts and Sciences celebrated Glee in LA. Corey Monteith and Matthew Morrison posed for photos on the carpet solo, with their costars Kevin McHale and Chris Colfer not far behind. Jane Lynch also made a cameo at the event, though she stuck to her usual understated style instead of channeling her inner Madonna. The actors had reason to party after wrapping up work on their second season yesterday afternoon and we're already in countdown mode with the season 2 premiere airing on Channel Ten tomorrow night! 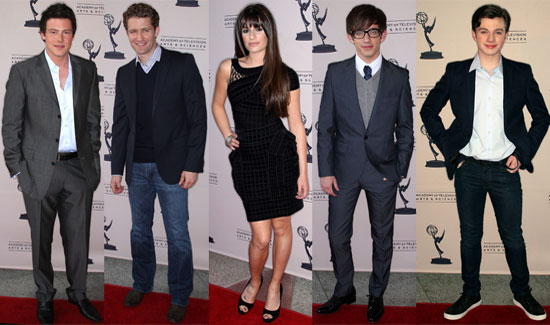