Demi Moore picked a pink number to join Ashton Kutcher and daughter Rumer at the LA premiere of her new movie The Joneses over the weekend. Rumer stayed close to her boyfriend Micah Alberti throughout the evening, while Demi stopped to pose with her costar David Duchovny. Ashton, of course, kept his many fans updated throughout the evening by Twittering about Rumer and broadcasting to Ustream. In the run-up to her movie's release, Demi has been doing her fair share of press. One interview in particular has caused controversy, after she admitted to Elle UK that she has had plastic surgery and also would consider having babies with Ashton. 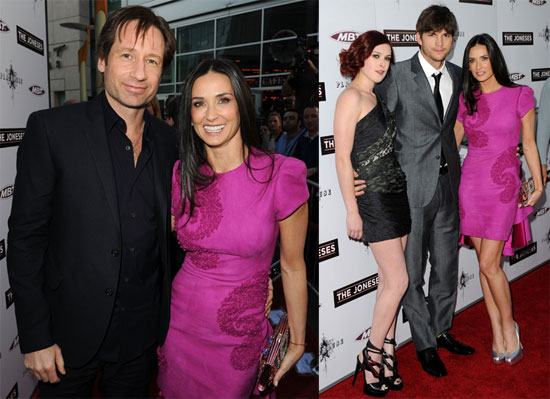