I'll never forget when, at The Great Gatsby premiere in 2013, Joel Edgerton stood in the pouring rain and chatted to the media as though it was the sunniest, driest day of the year. He was one of the only celebs (actually probably the only one!) who didn't bother with an umbrella and still gave his time to us and waiting fans. I remember thinking it showed character — there was something truly Australian about it and it somehow made him seem that much cooler.

Today at the ARIAs, it was Flume's turn. The 25-year-old DJ, whose real name is Harley Streten, arrived in a sharp grey suit — but it was quickly soaked through. He didn't ditch the waiting crowds though! He stayed and chatted to everyone, and took photos in the rain with fans who'd waited hours to catch a glimpse of their favourite musician. What a bloke! Below, pictures of Flume at the 2016 ARIAs.

Music
6 Times Nicole Richie, aka Nikki Fre$h, Proved She Was Born to Be a "Trap Star"
by Monica Sisavat 52 minutes ago

Music
Cheers to Carrie Underwood, Who Effortlessly Belted Out "Drinking Alone" From Her Couch
by Kelsey Garcia 1 day ago

Music
Staying Home Separately, This Boyfriend Comforted His Girlfriend With an Original Song
by Kelsey Garcia 3 days ago 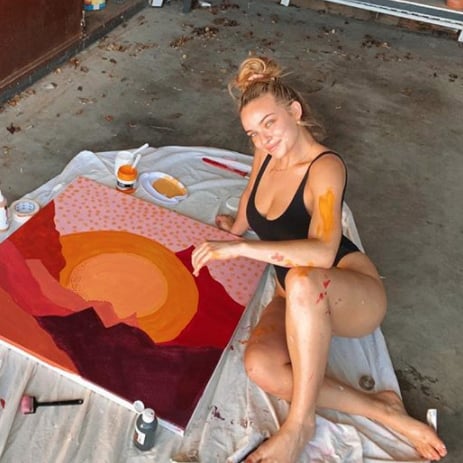