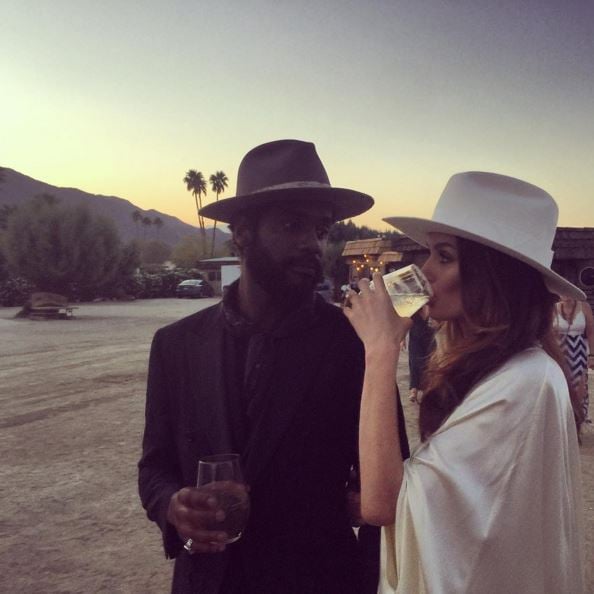 Trust Nicole Trunfio and Gary Clark Jr. to throw a Coachella-themed wedding that's cooler than the festival itself. The Aussie supermodel was flanked by model bridesmaids Gemma Ward and Jessica Gomes for the mid-April day, but the epic guest list didn't stop there: Leon Bridges, Alyssa Miller and Jess and Ash Hart were also on hand to deliver some serious It crowd vibes. Nicole and Gary's greatest collaboration, their baby son Zion, totally stole the show with his big, beautiful smile — he was the perfect representation of their love, four years after they met at Coachella for the first time. Scroll to see the pictures from the rehearsal, Nicole's incredible dress fittings and, of course, the wedding itself.