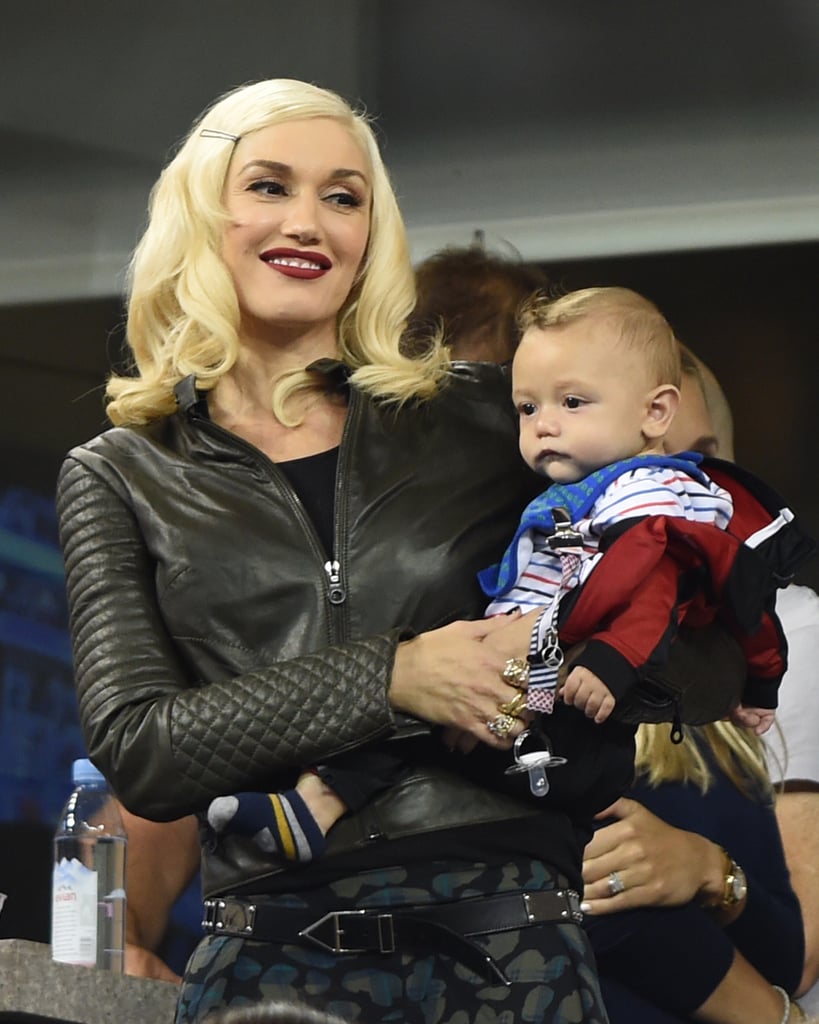 Gwen Stefani took her son Apollo Rossdale to his first tennis game when she attended the US Open in NYC on Thursday night. The Voice coach held the 6-month-old tot in her arms as she watched Roger Federer compete against Gaël Monfils. However, while Gwen's other children, Kingston and Zuma, weren't with her at the tennis match, she made sure that they got in on the fun by FaceTiming from the stands. (If you look closely, you can see both boys smiling in Gwen's phone!) Kingston probably also wanted to get a look at his baby brother as Gwen revealed earlier this week that Kingston had prayed for her to get pregnant again after she told him she was done having kids. Surprisingly, she got pregnant four weeks after he prayed. Gwen joked, "He has a direct link to God, basically."

The No Doubt singer has been a mum on the move over the past few weeks as she prepares for the premiere of The Voice US on Sept. 22. She recently made a few glamorous stops when she attended both the MTV VMAs and the Emmys. Unfortunately, at the latter award show, she caught a bit of flak for mispronouncing Stephen Colbert's name when announcing his win.

Naomi Osaka
Naomi Osaka Sent a Moving Message With Her US Open Sneakers: "Home Is Where the Heart Is"
by Karenna Meredith 14/9
Latest Celebrity
×