Here's a bit of a midweek perv courtesy of John Mayer and Keith Urban, who got together for a soundcheck before today's CMT Music Awards in Nashville. The guys also teamed up a few months ago to record a Crossroads concert that will air in the US next week. John looked like he was back to his healthy self after cancelling the last leg of his European tour due to a mystery illness. Kid Rock will host today's event and he's in Tennessee after a stay in LA for Saturday's Spike TV Guys Choice Awards. While he, John and Keith hold things down for the guys, the show will also include a performance from Carrie Underwood. While, John's former rumoured love interest, Taylor Swift, isn't scheduled to sing. 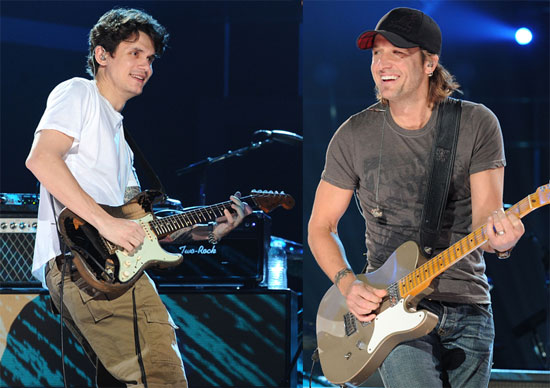