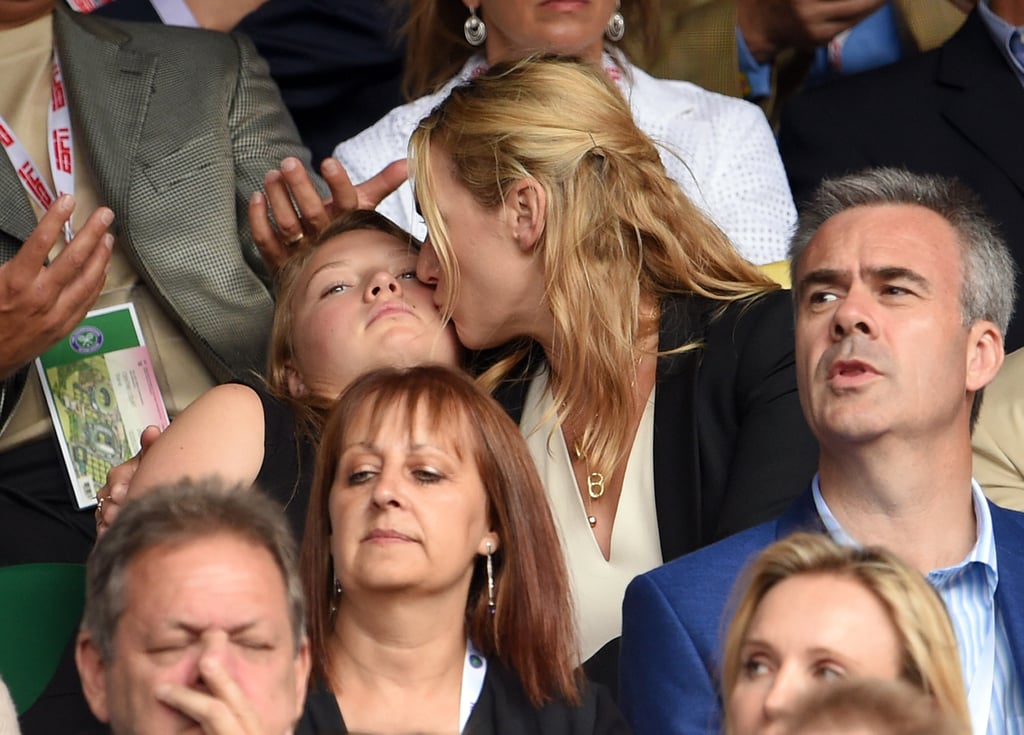 Kate Winslet stepped out for Wimbledon on Sunday, sitting in the stands with her 14-year-old daughter, Mia, and her 11-year-old son, Joe. At one point, the actress had her arm around Mia, and when she turned to give her a sweet kiss, her daughter looked sweetly embarrassed — or maybe just surprised? Kate and her kids sat in front of Clive Owen during the men's singles final match between Serbia's Novak Djokovic and Switzerland's Roger Federer, and she got animated as she watched, throwing her hands up in the air and cheering.

Kate isn't the only British star who's made an appearance at Wimbledon this year; Benedict Cumberbatch and Sophie Hunter attended Wimbledon over the weekend, too, and David Beckham managed to catch a stray ball during a tennis match on Thursday. Meanwhile, Kit Harington rubbed shoulders with royalty one day, and Kate Middleton cracked up with Prince William when they stepped out on day nine of the Wimbledon Championships. Keep reading for more pictures of Kate's day out with her kids.