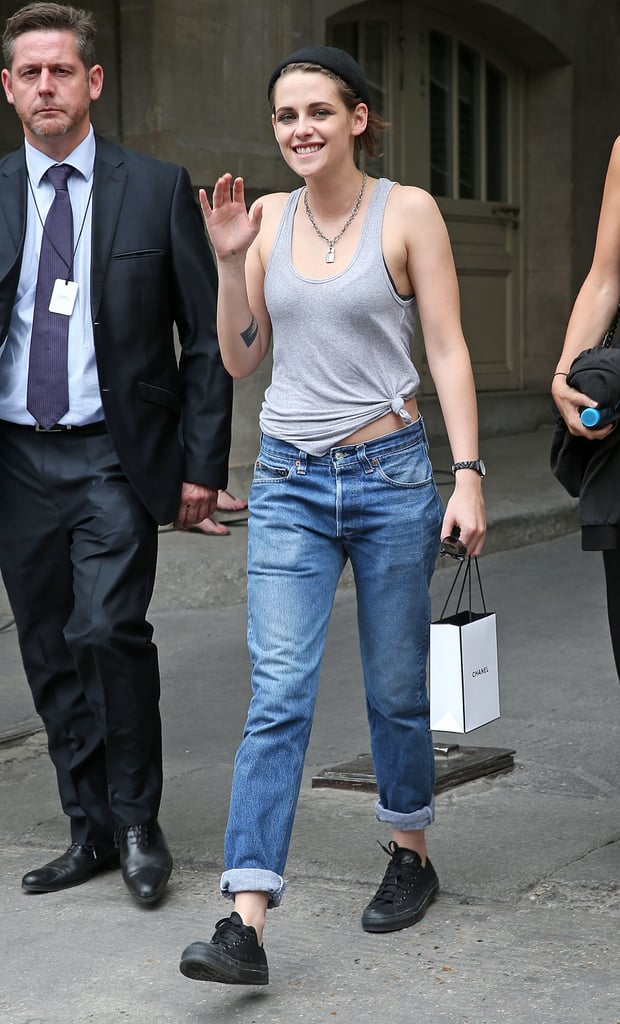 Kristen Stewart flashed a big smile when she arrived at the Chanel Haute Couture show in Paris on Tuesday. Wearing jeans and a tank, the actress waved to the cameras as she made her way to the Grand Palais, later slipping into a chic outfit for the show. There were several celebrities at Chanel's stunning show, which had a casino theme. At one point, Kristen and her Still Alice co-star Julianne Moore sat down at one of the blackjack tables together. Keep reading for the best pictures of Kristen's time in Paris, then see photos of Kristen and Alicia Cargile's latest outing in LA.

Runway
It's Official — Paris, Milan, and London Fashion Week Are All Going Digital This Spring
by Nikita Charuza 17/5
Latest Celebrity
×