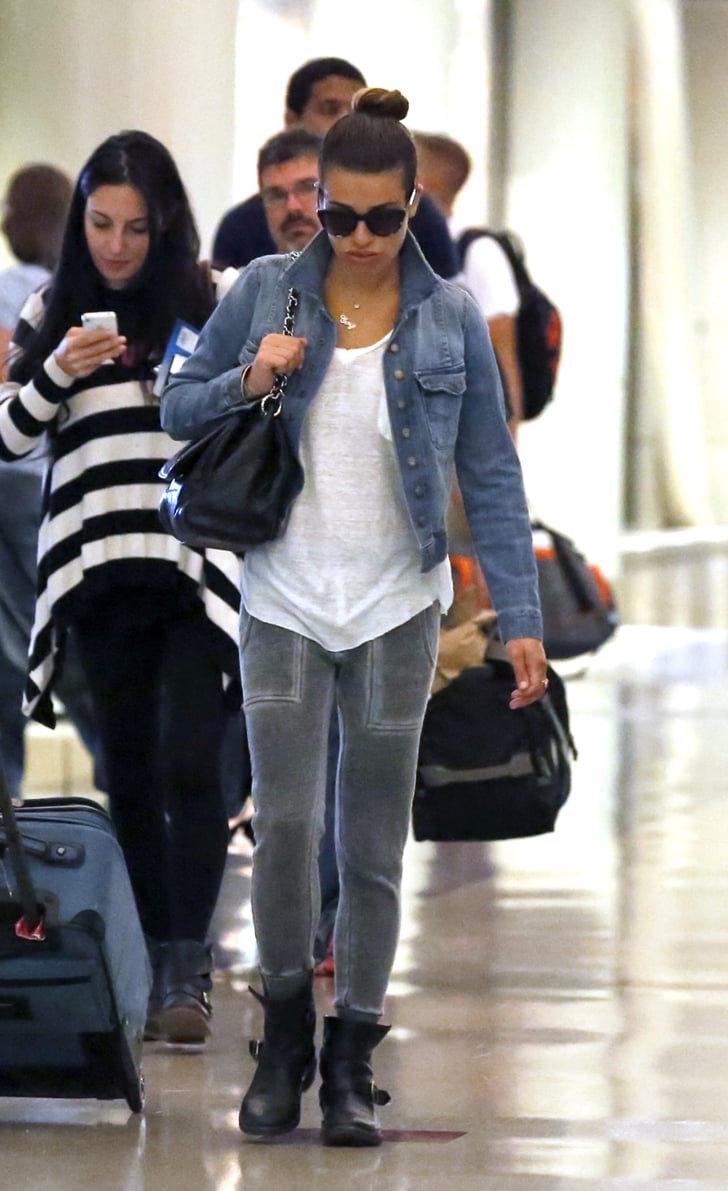 Lea Michele was spotted at LAX today with her mum, Edith Sarfati. The duo stopped at a kiosk to shop for magazines before making their way through the airport. Lea was dressed down in a loose white t-shirt and comfy leggings for the trip but made sure to accessorise her look with a couple of gold chains, including the "Cory" nameplate necklace she's been wearing since the death of her boyfriend, Cory Monteith, in July. Lea also sported a similar piece with the name "Finn" to commemorate Cory's Glee character while shooting the special tribute episode of the show late last month. In addition to getting back to work on the series, which premieres its fifth season on Sept. 26, Lea recently celebrated her 27th birthday. She also made time for some rest and relaxation over the holiday weekend and took to Instagram to share a photo of herself in a hammock, saying, "Labor Day tucked away in the mountains."