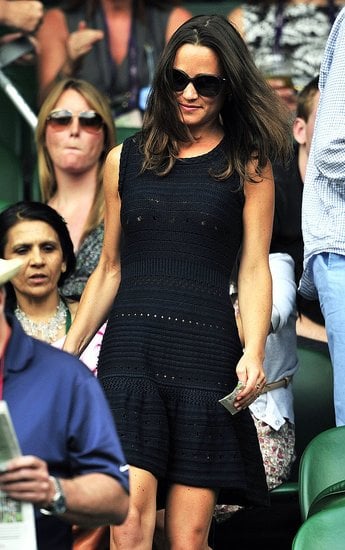 Keeping Up With Pippa Middleton and Prince Harry

Just because their siblings, Prince William and Kate Middleton, have been capturing Canadian hearts with their busy royal tour, it doesn’t mean we’ve forgotten about Prince Harry and Pippa Middleton, who have both had busy schedules over the past weekend. Pippa took in another match at Wimbledon on Friday — this time she was without boyfriend Alex Loudon, but all eyes were still on her as she showed some skin in a slightly see-through black crochet dress. Prince Harry, meanwhile, spent his Friday at the Barclaycard Wireless Festival at Hyde Park in London, where partied with friends and hung out with his soon-to-be-married cousin, Zara Phillips. The following day he was atop a horse at the British Polo Day Charity Cup in Watership Down. It seems like they’re both living it up while their siblings take care of official duties!