Beyoncé Knowles skipped the shirt under her sequins blazer as she stepped onto the runway alongside her mum Tina at the House of Deréon Spring 2011 fashion show in London on Saturday night. The Knowles women presented the collection as part of London Fashion Week, which comes right on the heels of NYFW where Beyoncé was a staple. Beyoncé showed off her baby bump at a number of shows in New York, but she took a break from couture to check out the US Open as well. Beyoncé and Jay-Z were in the US Open stands to watch the men's finals before she jetted overseas to support her mum and House of Deréon.

Tina Knowles-Lawson
Beyoncé Got Glammed Up to Share a Charitable Corny Joke, Thanks to Blue Ivy and Tina Lawson
by Brea Cubit 3 days ago 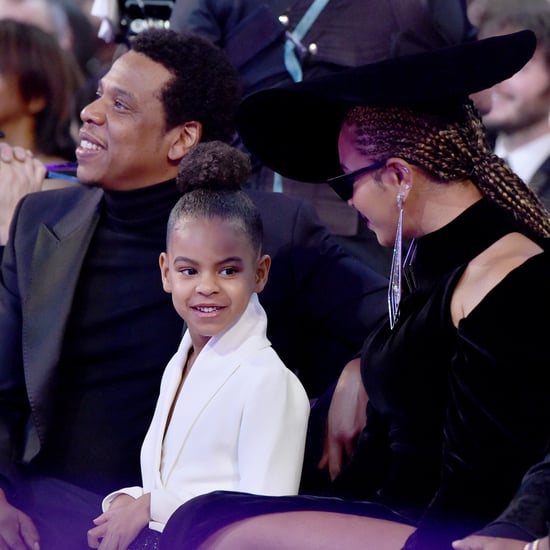 Celebrity Babies
Blue Ivy Can Apparently Do a Perfect Cat Eye, So Someone Get This Girl a YouTube Channel
by Danielle Jackson 13/8/19