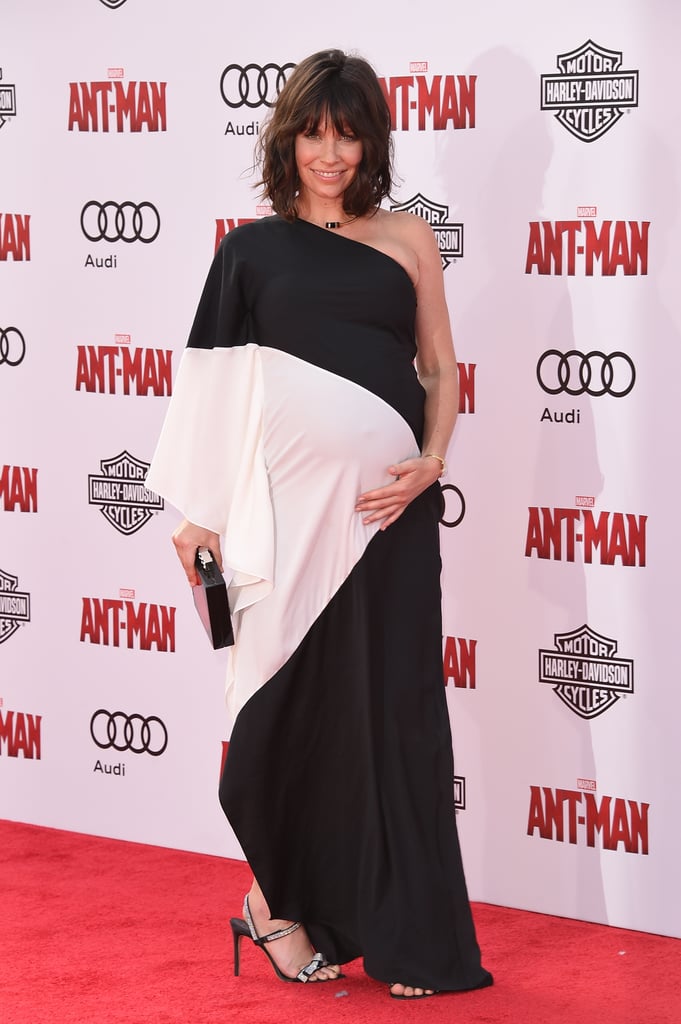 Evangeline Lilly Is Pregnant — See Her Baby Bump on the Red Carpet!

For Evangeline Lilly, Monday's Ant-Man premiere in LA was far from a typical red carpet. That's because the actress went public with her pregnancythe second she stepped into the spotlight. Putting her baby bump on display in a black and white dress, Evangeline confirmed that she and partner Norman Kali are expecting their second child together. The couple's news means their 4-year-old son, Kahekili, will soon be a big brother.

Evangeline has largely remained out of the spotlight since her 2014 promotional tours for The Hobbit: The Battle of the Five Armies and her book, The Squickerwonkers, during which she told POPSUGAR all about the joys of becoming an author. We'll be seeing a lot more of the actress as she and co-star Paul Rudd gear up for the release of the action-packed Ant-Man on July 17. After you're done scrolling through Evangeline's gorgeous new pictures, check out all the stars with babies on the way.