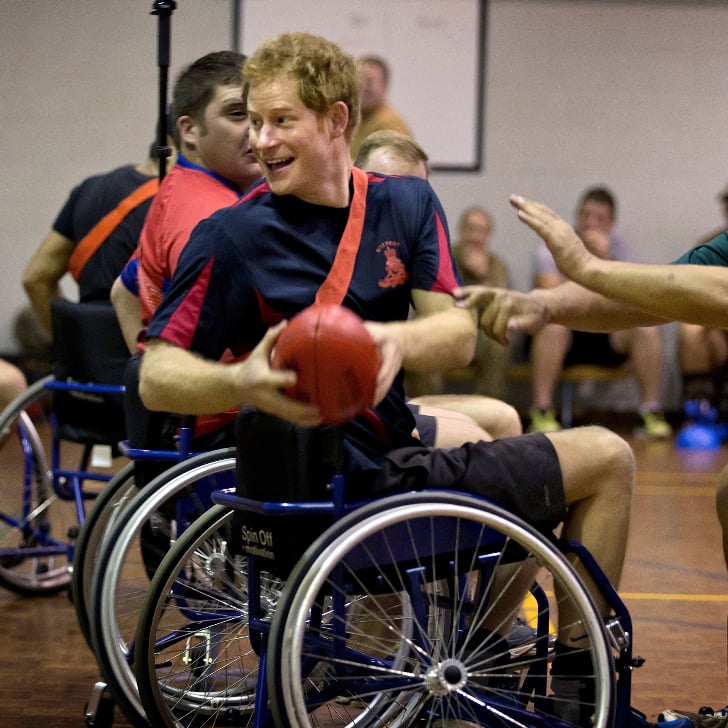 Prince Harry has spent the last two weeks in Australia on military duty, but the trip hasn't been all business as he managed to squeeze in a fun game of wheelchair AFL with the Australia army brigade on April 15. Harry was all smiles when he participated in the game with fellow army brigade members as well as injured and ill veterans from the Soldier Recovery Centre in Darwin. Harry has been spending his time down under on attachment with the Australian Army's North-West Mobile Force (NORFORCE) and 1st Brigade.

Harry is scheduled to spend two more weeks in Australia after making his way to Turkey, where he and his father, Prince Charles, will honour Australian and New Zealand veterans on ANZAC Day. The prince's packed schedule could mean that he might be more than 14,00 kilometres away from England when Kate, the Duchess of Cambridge, gives birth. Keep reading to see more of Harry's fun game of football, then check out the ultimate guide to the royal family's line of succession.