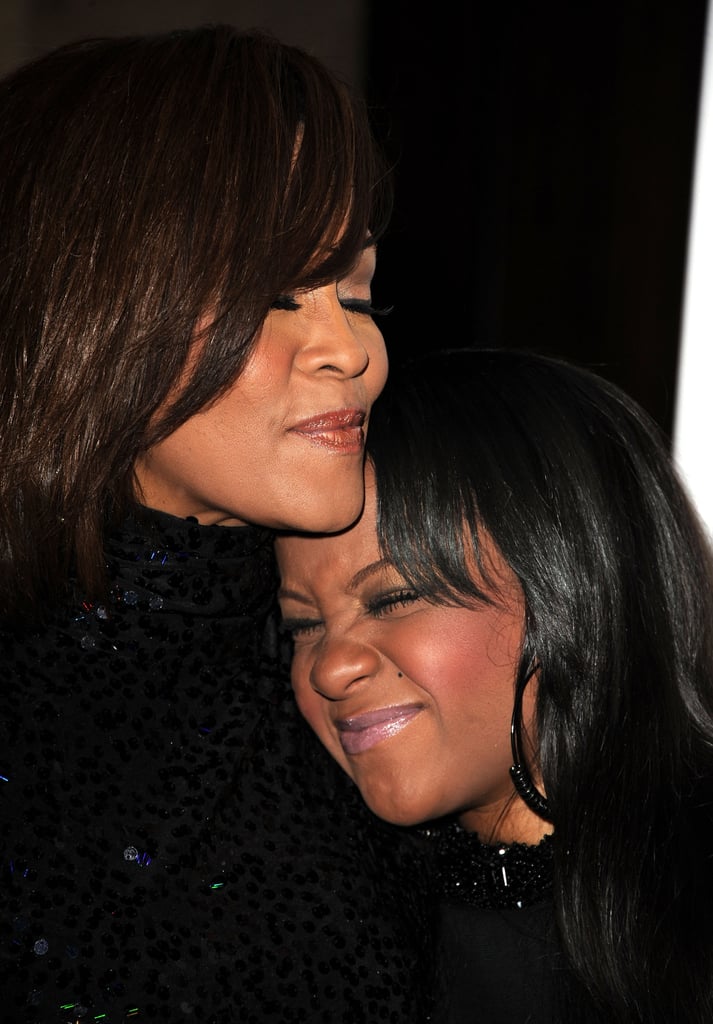 Bobbi Kristina Brown died at the age of 22 this week, nearly six months after being found unresponsive in her Atlanta home. In a statement, it was announced that she was "surrounded by her family" and is now "finally at peace in the arms of God." Bobbi's death comes just a few years after her mother, Whitney Houston, tragically passed away in 2012, and many fans of the late songstress are overcome with both sadness and positivity that the two are now reunited.

Bobbi Kristina always appeared to have a close relationship with her mother, and from the time she was born in 1993, Whitney spoke about her with equal parts pride and overwhelming love. She often brought her little girl on stage during performances and encouraged her to dance and sing along with her. We've rounded up Whitney and Bobbi Kristina's most memorable moments together, including sweet videos and cute red carpet appearances. Keep reading to see them all now.

Celebrity Families
Tom Hardy Is Many Things — Including a Devoted Father of 3!
by Corinne Sullivan 1 week ago
Latest Celebrity
×