Zac Efron smiled and waved to a crowd of excited fans at the Mall of America in Minnesota yesterday. He's in the midst of a nationwide tour promoting Charlie St. Cloud and he kicked things off last week with an early morning TV appearance in Philadelphia. Zac also presented at the ESPY Awards, where he posed with sports stars since Vanessa Hudgens couldn't make it to the event. He recently expressed his relief that her film, Beastly, won't compete with his movie on June 30 at the box office, saying that it'll be "a lot better for both of us." 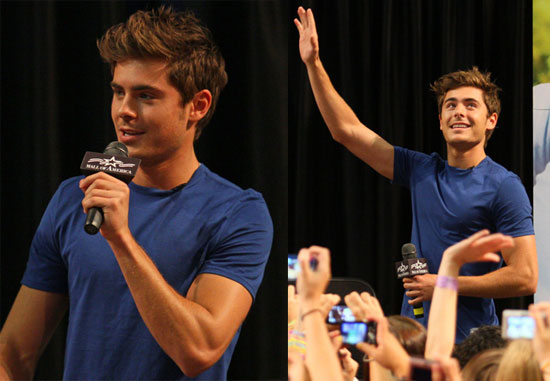