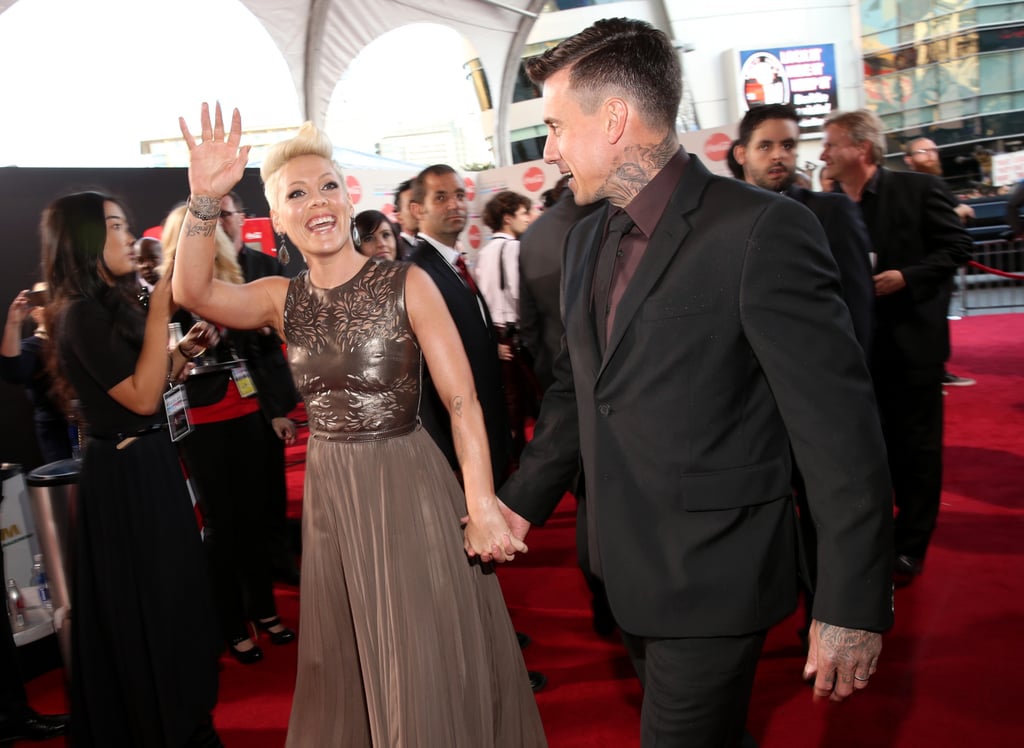 Pink hit the red carpet at this evening's American Music Awards in LA accompanied by husband Carey Hart. Pink and Carey held hands and had a laugh together as they made their way into the show. She had a long day prepping for the event, and earlier today, shared a picture of herself getting ready with her hair and makeup team. She also gave a peek at a bottle of Veuve Cliquot she'd been sent. Pink declined to sample it, though, tweeting, "Thanks guys — but a little early for mama!" Although Pink is not nominated for an award, she will perform tonight. Pink's slated to take the stage, as are Justin Bieber, Taylor Swift, and more.