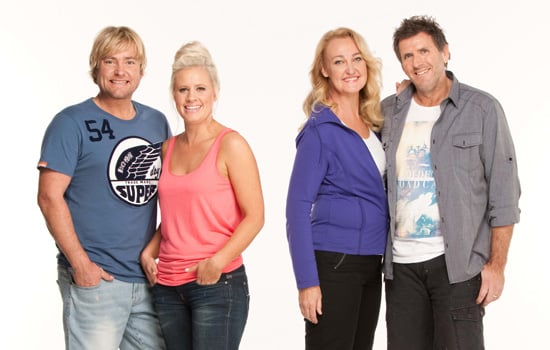 It’s NSW vs. South Australia in the first ever House Rules grand final. By the end of tonight, either Team NSW (Michelle and Steve) or Team SA (Carly and Leighton) will win the grand prize of having their mortgage paid off, as well as the title of House Rules’ inaugural champions. And in an interesting twist, the show will award the viewer favourite, with the public vote deciding who will win (voting lines are now open — here are the numbers).

Michelle, Steve, Carly and Leighton were revealed as the show’s grand finalists after their garden makeovers impressed judges Joe Snell (an architect) and Wendy Moore (editor of Home Beautiful). Tonight’s grand final will see the teams compete in one more renovation challenge before the live result is revealed, with the teams based at their respective homes. The finale will also mark a successful first series for Channel Seven — the show opened with worrying ratings but did a dramatic turnaround midway and managed to maintain an average of over 1 million Australian viewers on the nights it aired. A second series has also been commissioned.

Let us know below who you think will take out the prize tonight.