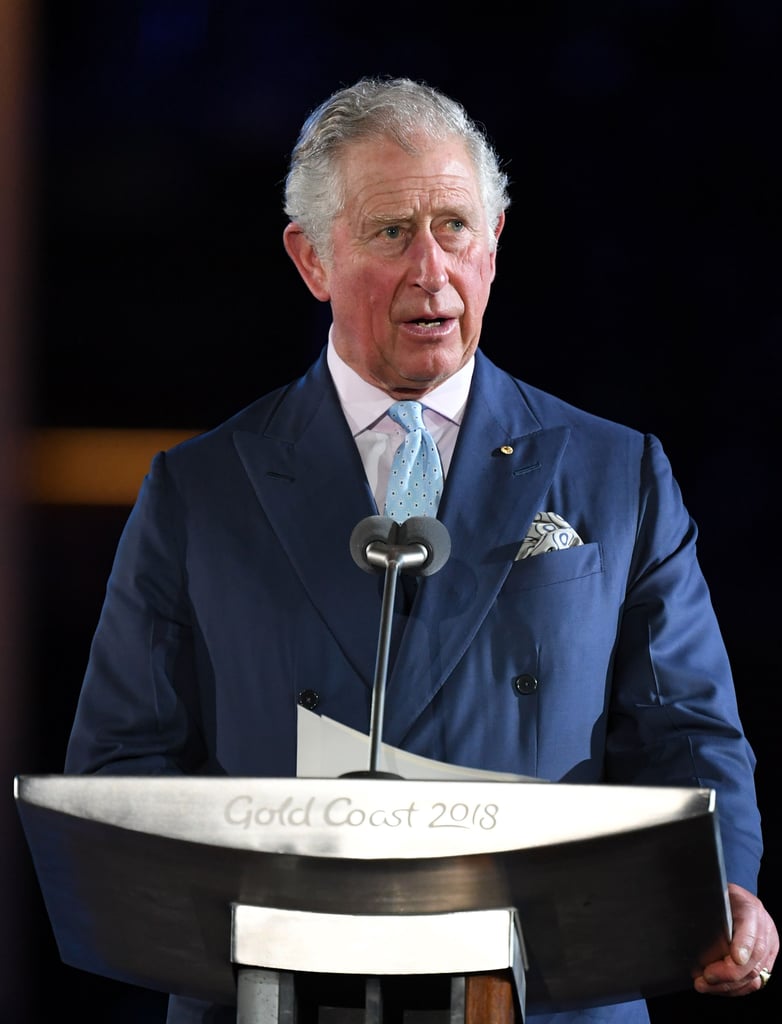 All eyes were on Prince Charles and the Duchess of Cornwall as they arrived in the Gold Coast for the opening ceremony of the 21st Commonwealth Games on Wednesday. Following a show that paid tribute to the city's icons and Indigenous culture, the Prince of Wales delivered a speech on behalf of the Queen.

Related:
Kate Middleton and Prince William Step Out For Easter Service Ahead of the Arrival of Their Third Child

"My wife and I could not be more delighted to join you all here on the Gold Coast and many millions watching from homes across the Commonwealth," he said. "Ancient stories told by indigenous people remind us that even though you may be half a world away we are all connected. The Friendly Games have shown the ability of sport to bring people from different countries and backgrounds together."

During the ceremony, Charles and Camilla were seated in a box alongside Prime Minister Malcolm Turnbull and his wife, as well as the President of the Commonwealth Games Federation, Louise Martin. The Royals touched down in Brisbane earlier during the day on Wednesday, and are set to visit other cities, including Bundaberg and Cairns, over the course of the week.

More of Charles and Camilla's night at the Games, below!

Related:
The Real Reason Camilla Parker Bowles Doesn't Use the Princess of Wales Title — Even Though She Can
Previous Next Start Slideshow
Join the conversation
The British RoyalsCamilla Parker BowlesPrince CharlesAustralia
More from POPSUGAR
From Our Partners
Related Posts