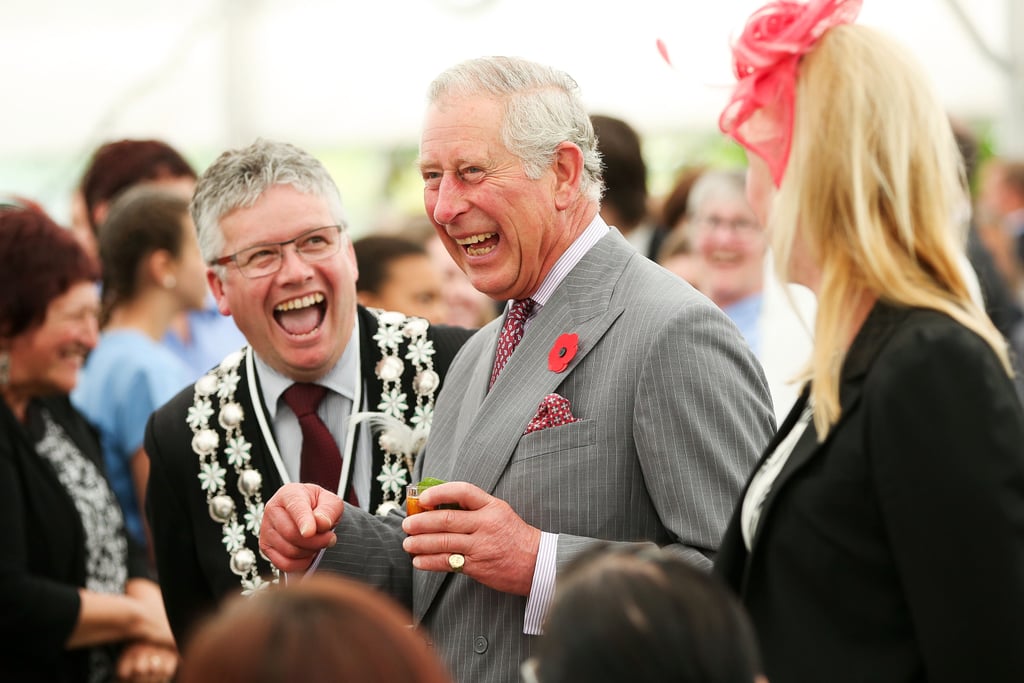 Prince Charles Doesn't Care That It's Tuesday, He's Having Himself a Damn Cocktail

Prince Charles is currently on a 12-day tour of New Zealand with his wife, Camilla, Duchess of Cornwall, but besides a slew of official appearances, the pair are also managing to have a lot of fun. In addition to Charles meeting with New Zealand Prime Minister John Key and opposition leader Andrew Little to discuss climate change and the issues facing the country, the pair attended a garden party in New Plymouth on the North Island's Western coast. After mingling with fans and invited guests, Charles engaged in a hongi with an elderly woman, which is a traditional greeting when two people press their noses and foreheads together. He then let loose by indulging in an afternoon cocktail. Keep reading to see more photos from the couple's latest outing, then check out the best pictures of the British royals in 2015.