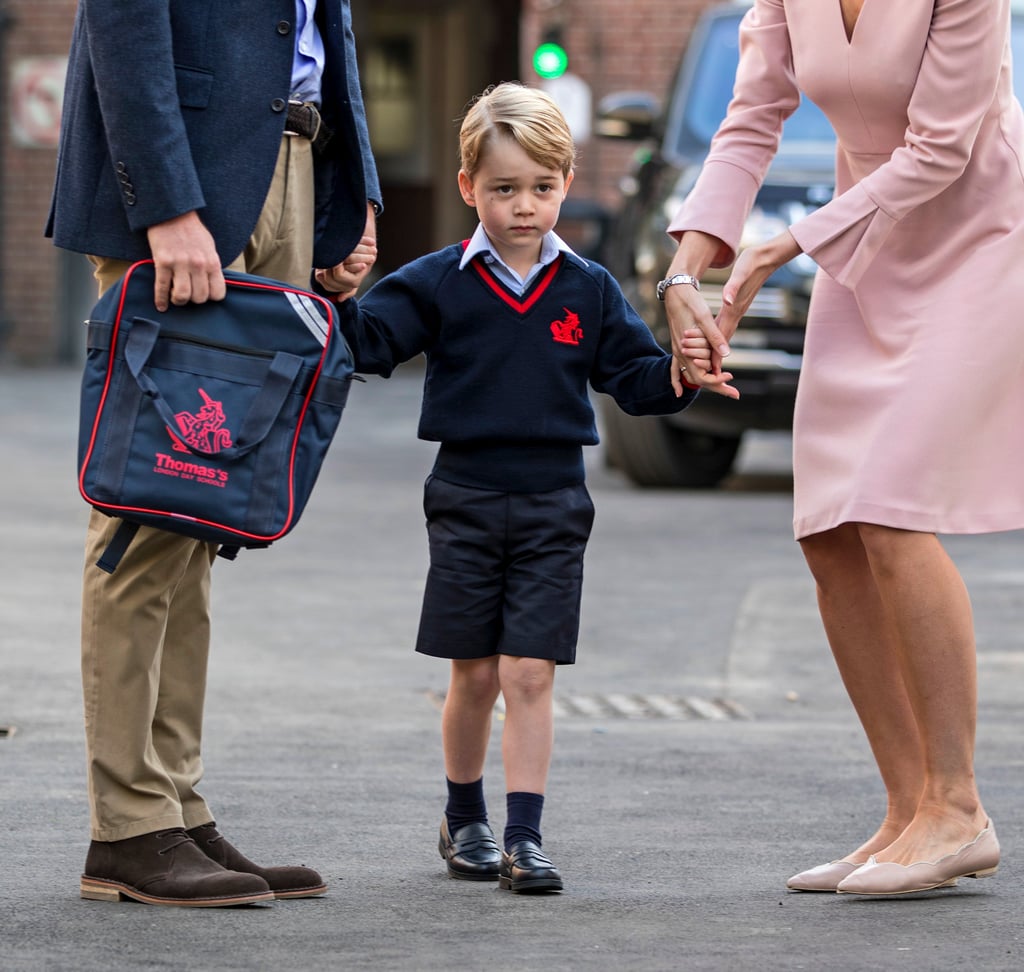 Prince George attended his first day of school on Thursday, arriving bright and early at Thomas's Battersea School in London. His mother, the Duchess of Cambridge, was unfortunately unable to be there for the special moment, as she is expecting her third child and once again suffering from hyperemesis gravidarum.

Luckily, George was in very capable hands as he arrived at the school gates holding hands with his dad, Prince William. The father-son duo were greeted by Helen Haslem, head of the lower school, who shook the young royal's hand before escorting him and William into the building. George looked a little nervous as he approached the school, giving us a glimpse of that now-famous unimpressed face as he walked past photographers, showing off his smart school uniform. Keep reading to see more photos of George's big day.

Related:
9 Ways Prince William Is Keeping His Mother's Memory Alive Within His Own Family
Previous Next Start Slideshow
Join the conversation
The RoyalsPrince GeorgePrince WilliamBack To School
More from POPSUGAR
From Our Partners
Related Posts