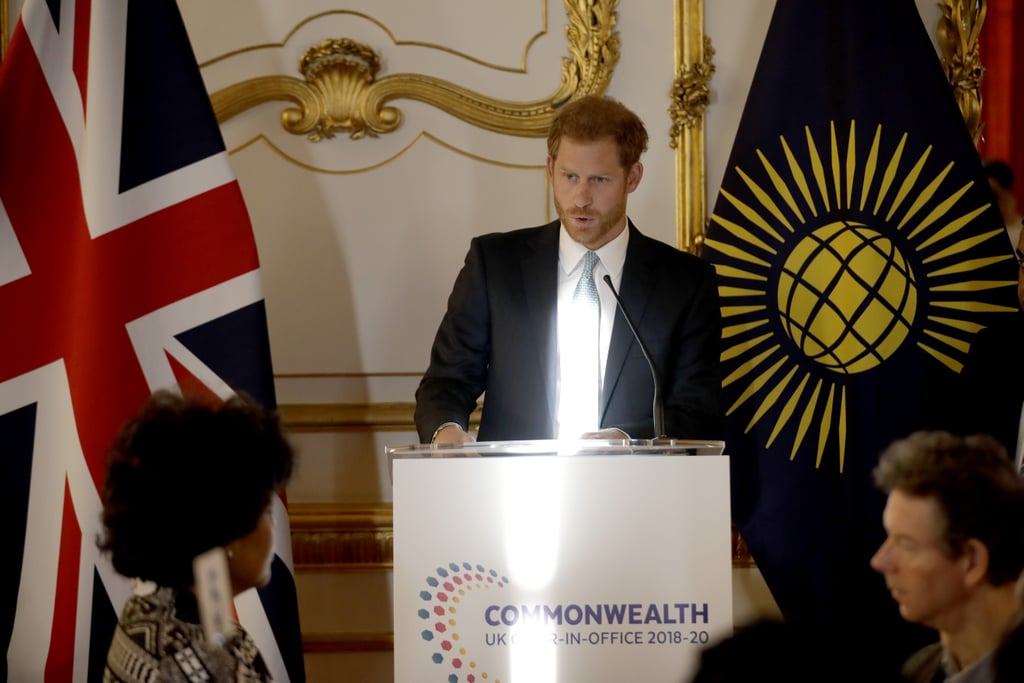 Prince Harry is just trying to make the world a better place! As Meghan Markle visited the National Theatre on Wednesday, the royal stepped out solo as he attended the Commonwealth Youth Roundtable in London. The event was part of his new role as Commonwealth Youth Ambassador, which he took over for Queen Elizabeth II in April.

In addition to talking with some of the participants during a round table discussion, the 34-year-old, who is expecting his first child with Meghan, also touched on how being a soon-to-be-dad has motivated him to help young people. "As someone who is about to become a father, I am acutely aware of our shared responsibility to make this world more resilient and its inhabitants more accountable for the next generation," he said. "The only way to see real progress is not be chance, it's by change."