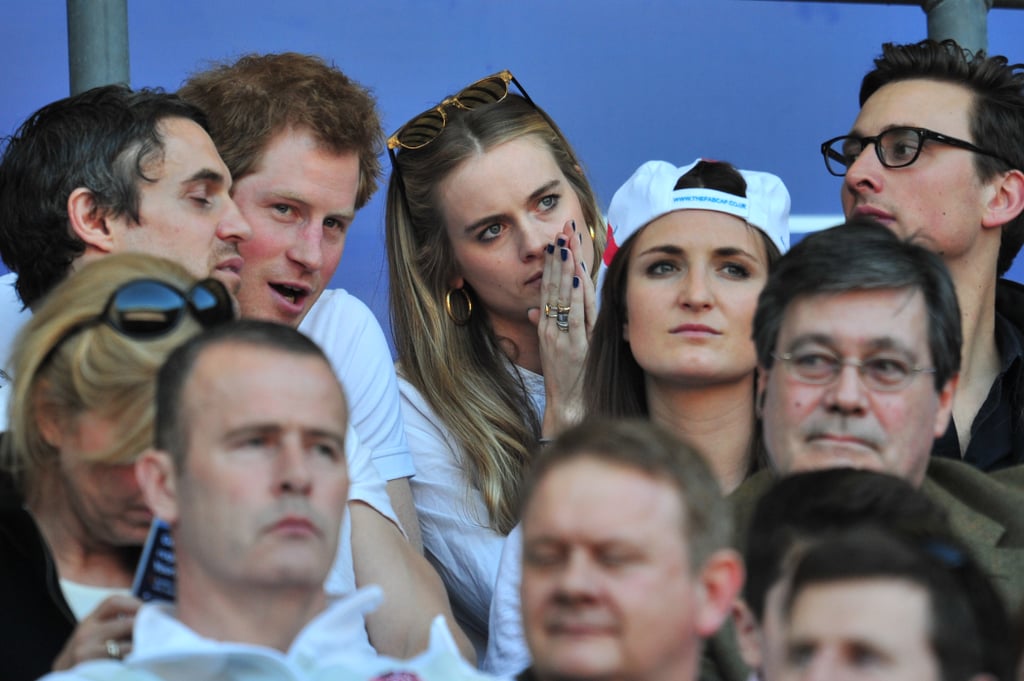 Nothing says royal romance like going to a rugby match. Following his PDA moment at the We Day UK charity event, Prince Harry took his girlfriend, Cressida Bonas, to the England vs. Wales rugby match in London on Sunday. The pair sat close to one another and had intimate chats, but they didn't show the same level of cuddling and kisses as they did at the concert on Friday. However, Cressida traded her usual hipster clothes for a simple and, perhaps, more rugby-match-appropriate look of a white blouse and gold jewellery.

The couple have been dating for two years, but this weekend was the first time that we've seen them really take their love public. Despite the fact that the two have been dating for some time, Cressida has reportedly not yet met Queen Elizabeth II. However, that may soon change as there are rumours that Harry is planning on bringing Cressida with him to Balmoral in the northern Summer to meet with his grandmother. (She has reportedly already had several stays at the Queen's Winter estate, Sandringham, but not when the Queen was present.) A trip to Balmoral is the standard rite of passage for almost anyone who is involved in a serious relationship with a royal, so some are taking this as a sign that Harry may be preparing to pop the question. But Harry and Cressy fans shouldn't get their hopes up for a royal engagement just yet, as those types of rumours have been circling the couple pretty much ever since they laid eyes on each other in 2012.

Russell Wilson
Russell Wilson Pens a Heartfelt Birthday Tribute to Ciara: "You Have Changed My Life"
by Brea Cubit 9 hours ago