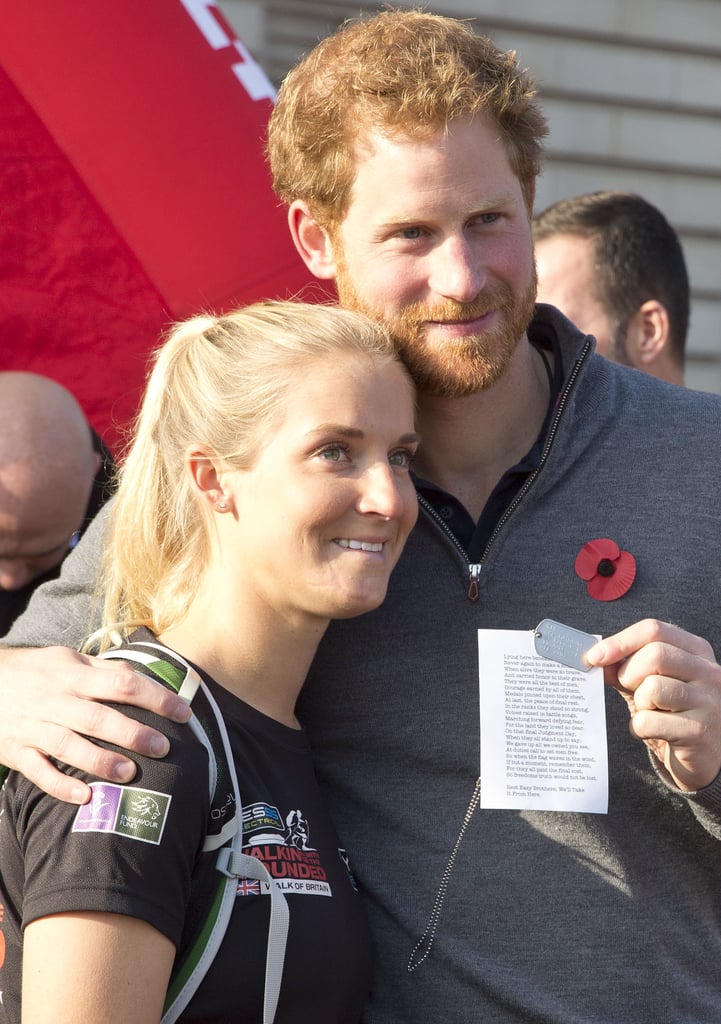 Prince Harry welcomed a group of six wounded Afghanistan veterans with a smile after they completed the Walk of Britain at Buckingham Palace on Sunday. Harry kept things casual in a grey sweatshirt and blue trousers for the outing, which involved an emotional U.S. Marine, Kirstie Ennis, who gifted Harry a dog tag as a token of her appreciation. The event was organised by Walking With the Wounded, a charity that benefits vets, and marked the end of a 1600km trek, which began in Scotland on Aug. 22.

Harry's appearance comes on the heels of a busy couple of weeks for the prince. After 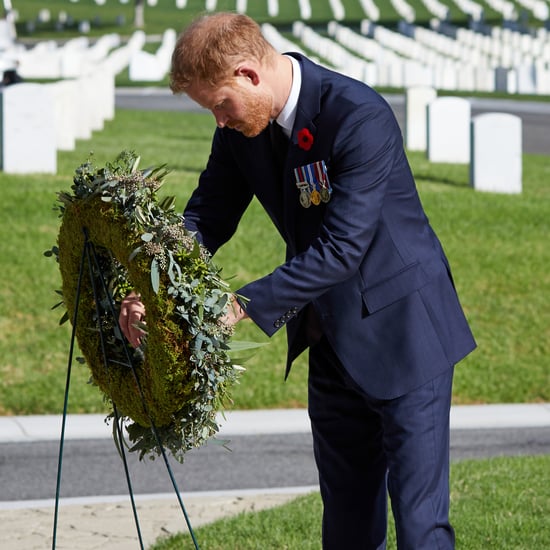 The Royals
Prince Harry and Meghan Markle Just Inked a Major Deal With Netflix, and We're Ready to Tune In
by Kelsie Gibson 03/9
Latest Celebrity
×