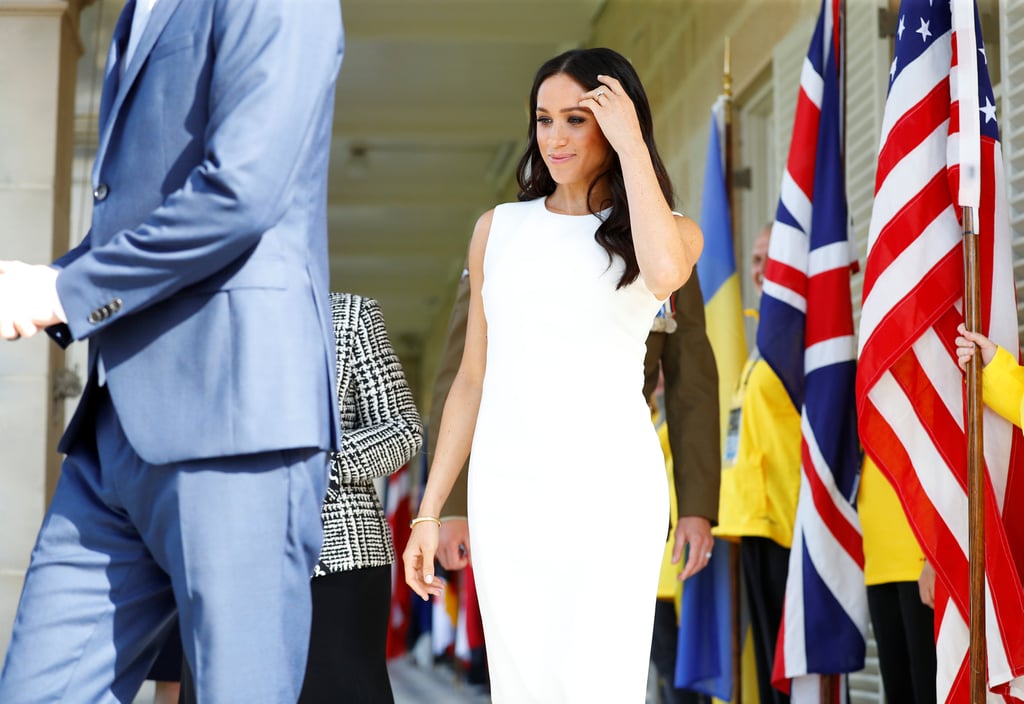 Prince Harry and Meghan Markle have officially kicked off their first royal tour as husband and wife! After touching down in Australia over the weekend, Meghan debuted her growing belly as she and Harry met with Governor-General Sir Peter Cosgrove and his wife, Lady Cosgrove, at Admiralty House in Sydney on Tuesday. The couple were joined by representatives from Harry's Invictus Games and Meghan was positively glowing in a white dress, while Harry looked dapper in a navy suit.

Meghan and Harry have a busy day ahead of them! Not only will they get to hang out with some baby koalas at the zoo, but they'll also be catching a ferry to the Opera House, where they'll watch a rehearsal by the Bangarra Dance Company. Harry and Meghan will finally end their night with a reception at the Governor-General's house.

Harry and Meghan's tour comes on the heels of Kensington Palace's announcement that the pair are expecting their first child! Even though we just found out about the news, Harry and Meghan reportedly told the royal family at Princess Eugenie's wedding last week. Congrats to Meghan and Harry!

Celebrity Beauty
A Royal Affair: The Lipsticks You Need to Recreate Meghan Markle's Natural Look
by Balim Tezel 2 days ago

The Royals
Prince Harry Speaks For the First Time on Royal Split: "There Really Was No Other Option"
by Britt Stephens 2 days ago