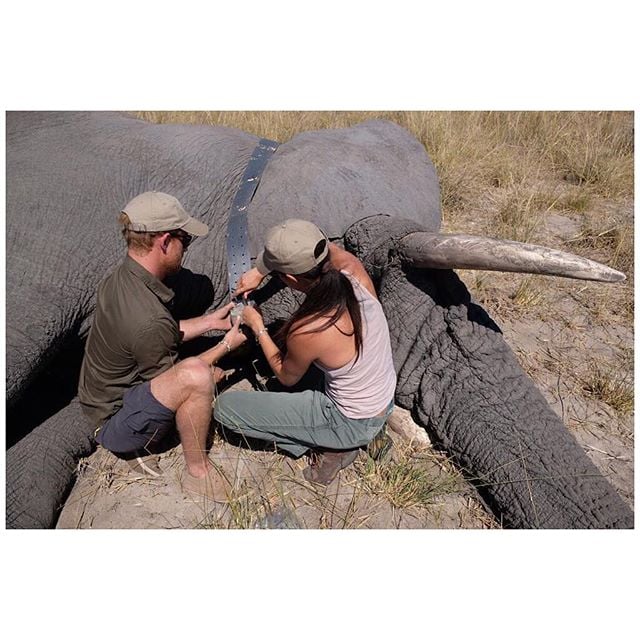 Prince Harry made a very dapper appearance on the red carpet in London on Thursday for the premiere of Netflix's new environmental series Our Planet, and promoted the outing — as well as his history of working with animal protection groups — on his record-breaking new Instagram account, @SussexRoyal. Nestled in the series of snaps is a never-before-seen photo of Harry and his then-girlfriend Meghan Markle on a romantic (and rewarding) trip to Botswana. In the snap (which is the fourth slide in this cute little gallery), Harry and Meghan are seen working together and "equipping a bull elephant with a satellite collar" as they assist Dr. Mike Chase of Elephants Without Borders.

A post shared by The Duke and Duchess of Sussex (@sussexroyal)

The couple took their joint trip to Southern Africa in honour of Meghan's 36th birthday in August 2017 — though it wasn't the first time they'd been there together. During their postengagement interview that November, Harry revealed that he and Meghan journeyed to Botswana together shortly after they met in 2016. "I managed to persuade her to come and join me in Botswana," he said. "We camped out with each other under the stars. She came and joined me for five days out there, which was absolutely fantastic." Harry also chose a diamond sourced from the country to include in Meghan's stunning engagement ring. So, where should we send a stuffed elephant to Baby Sussex?