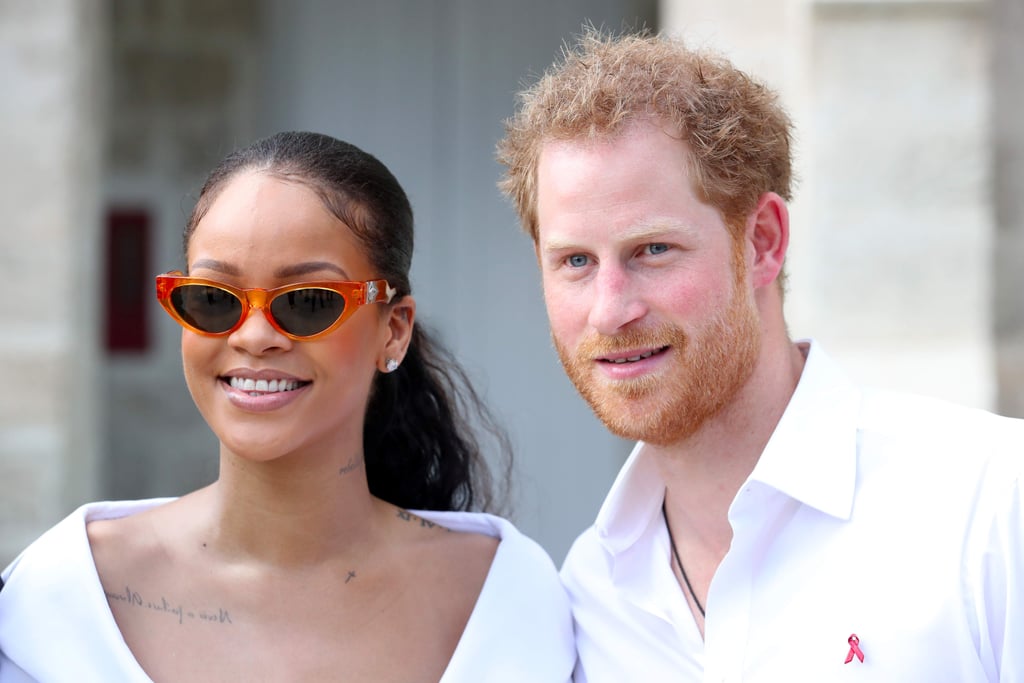 Prince Harry and Rihanna made worlds collide on Thursday when they met for the first time during the royal's official tour of the Caribbean. While celebrating 50 years of independence in Barbados on Nov. 30, Harry met up with the singer at the country's Toast to the Nation event. Later that night, they continued to get to know each other and share some sweet glances while attending the Golden Anniversary Spectacular Mega Concert at the Kensington Oval Cricket Ground. And on Thursday, the new friends continued their adorable antics during another afternoon of appearances. The two stopped by the Man Aware event held by the Barbados National HIV/AIDS Commission, where they each got a blood test (much to Rihanna's dismay) and posed for photos with volunteers. Harry then travelled to Nature Fun Ranch, a place that encourages young people to speak freely with one another about important topics, where he got friendly with a horse.

Harry may be nearing the end of his 14-day tour, but his trip so far has been packed with amazing moments. In addition to looking extremely sexy the entire time, he's also done a lot of wonderful work by bonding with kids, releasing baby turtles into the sea, and having fun with locals.

Related:
Previous Next Start Slideshow
Join the conversation
The RoyalsPrince HarryRihanna
More from POPSUGAR
From Our Partners
Related Posts