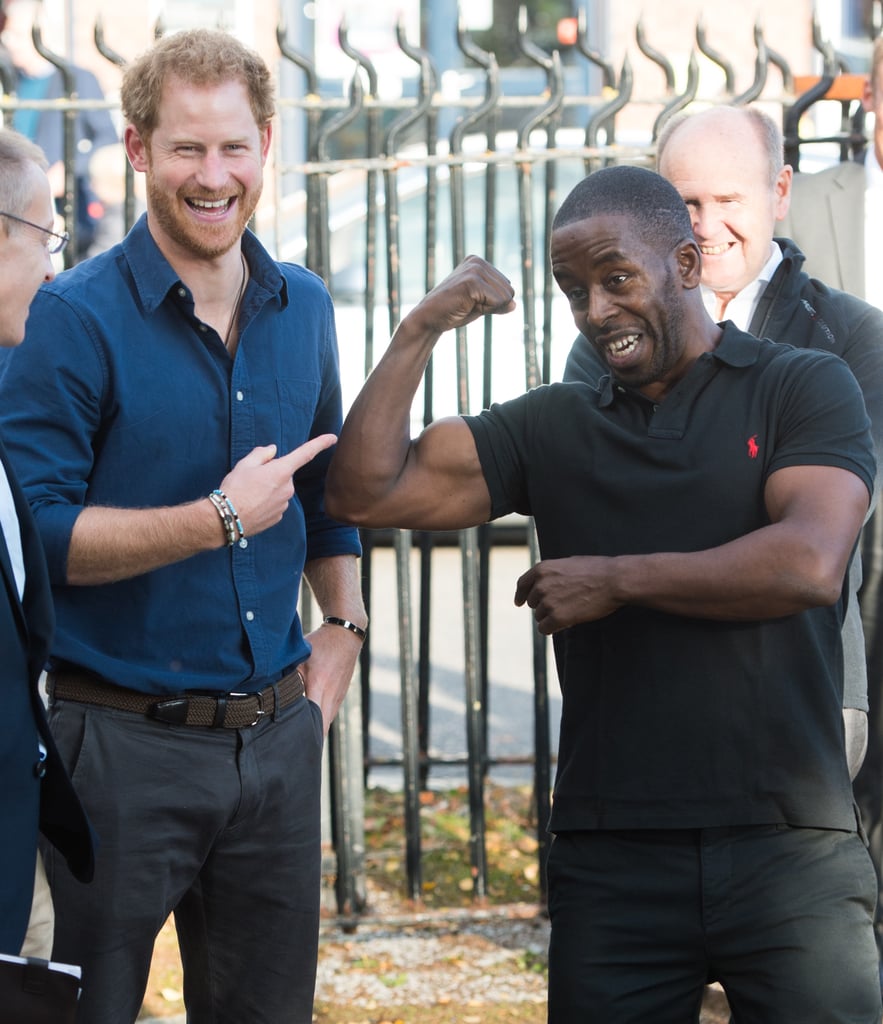 Prince Harry made an important stop at the Russell Youth Centre in Nottingham, UK, on Wednesday. The young royal was on hand to chat, mingle, and of course, play with children and teenagers during his visits. It didn't take too long for Harry to make himself comfortable; shortly after arriving in an SUV, he shed his suit jacket and joined a group of youngsters for a game of football, asked them about their ice skating skills, and goofed off with Trevor Rose, the manager of the community centre, at a music recording studio. Prince Harry's efforts were part of Full Effect, a project that aims to improve the opportunities for young people and reduce youth violence in the St. Ann's neighbourhood of Nottingham.

Harry's older brother, Prince William, shared his own adorable moments with kids earlier this week during a visit to Scotland. William definitely got the rockstar treatment, with a handful of young boys staring in awe at him and asking for his autograph.

Related:
Previous Next Start Slideshow
Join the conversation
The RoyalsPrince Harry
More from POPSUGAR
From Our Partners
Related Posts