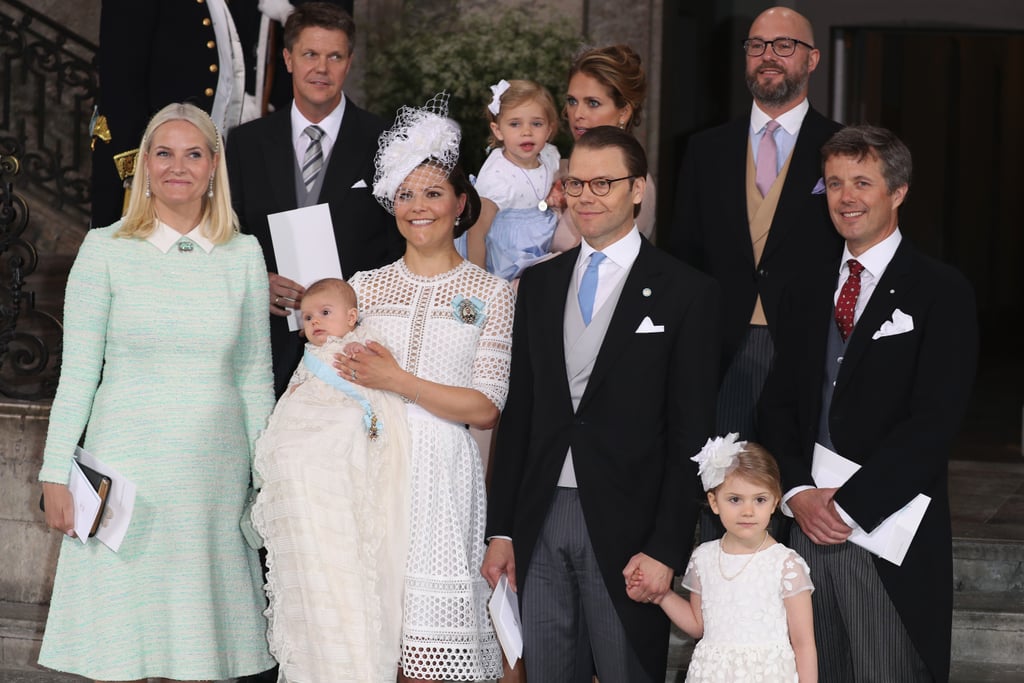 Crown Princess Victoria and Prince Daniel of Sweden welcomed a baby boy, Prince Oscar, in March, and the adorable photos of him haven't stopped pouring in since. He made his chubby-cheeked debut on the palace's official Instagram a few days after he was born, and later, the Swedish royal family released some stunning portraits of Victoria and her daughter, Princess Estelle, cuddling with him. Now, there are a few more images to add to Oscar's growing photo album.

The tiny prince was christened at the Royal Palace in Stockholm on Friday surrounded by his entire family, including his parents and sister, his grandparents Queen Silvia and King Carl Gustaf, and his uncle and aunt Prince Carl Philip and Princess Sofia. Oscar looked beyond cute in his lacy, cream-coloured outfit (which we're sure he'll commiserate over with Prince George and Princess Charlotte when he gets older), and Victoria and Estelle matched him in their own white dresses. Check out the cutest moments from his christening here!