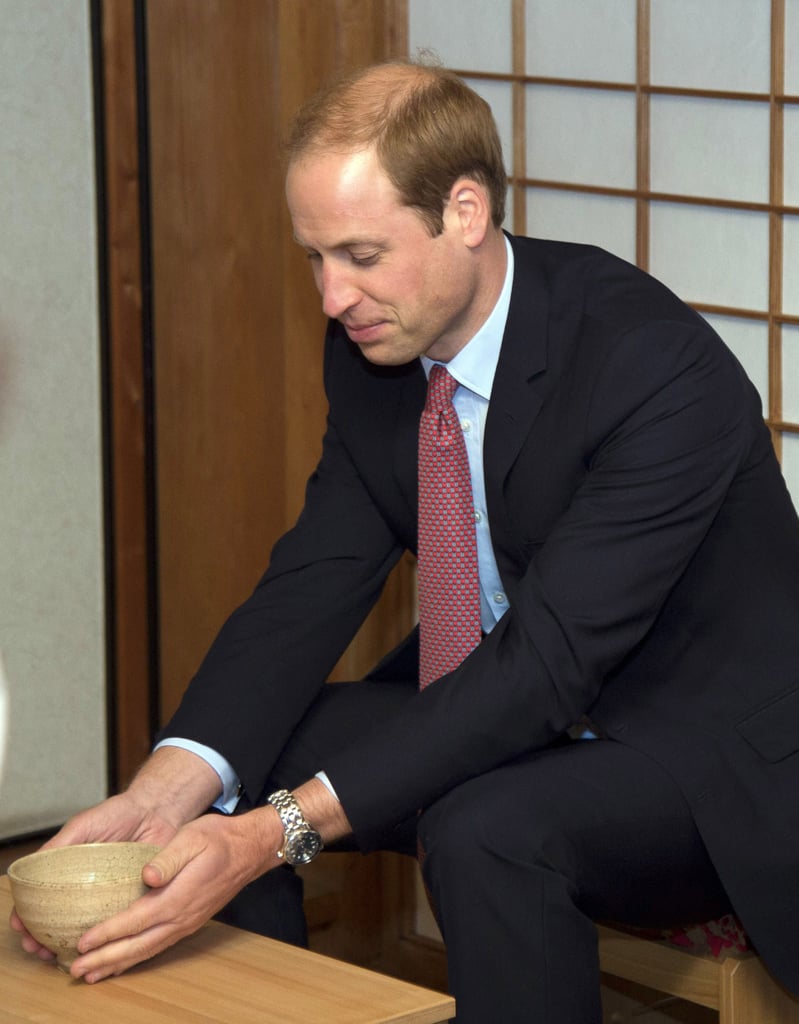 Prince William made his first-ever trip to Japan on Thursday, all smiles as he kicked off his official visit. When the prince arrived that afternoon, hundreds of well-wishers greeted him at Haneda Airport. Prince William was then escorted across Tokyo Bay in a speedboat alongside Tokyo governor, Yoichi Masuzoe. Five boats travelled with them, spraying water in the colours of the Olympics to give a nod to the fact that Tokyo will be hosting the 2020 Games. Following his arrival, Prince William headed to the Hamarikyu Gardens to meet local schoolchildren and participate in a traditional tea ceremony — the first in a series of events packed into his busy schedule.

Over the next few days, he'll visit Fukushima and disaster sites in north-eastern Japan, meet with locals who were affected by the tsunami, visit with Emperor Akihito and Empress Michiko, and put on traditional attire for a dinner with the country's prime minister. Take a look at the best photos from Prince William's visit, and then see pictures from William and Kate's recent Caribbean vacation with Prince George!