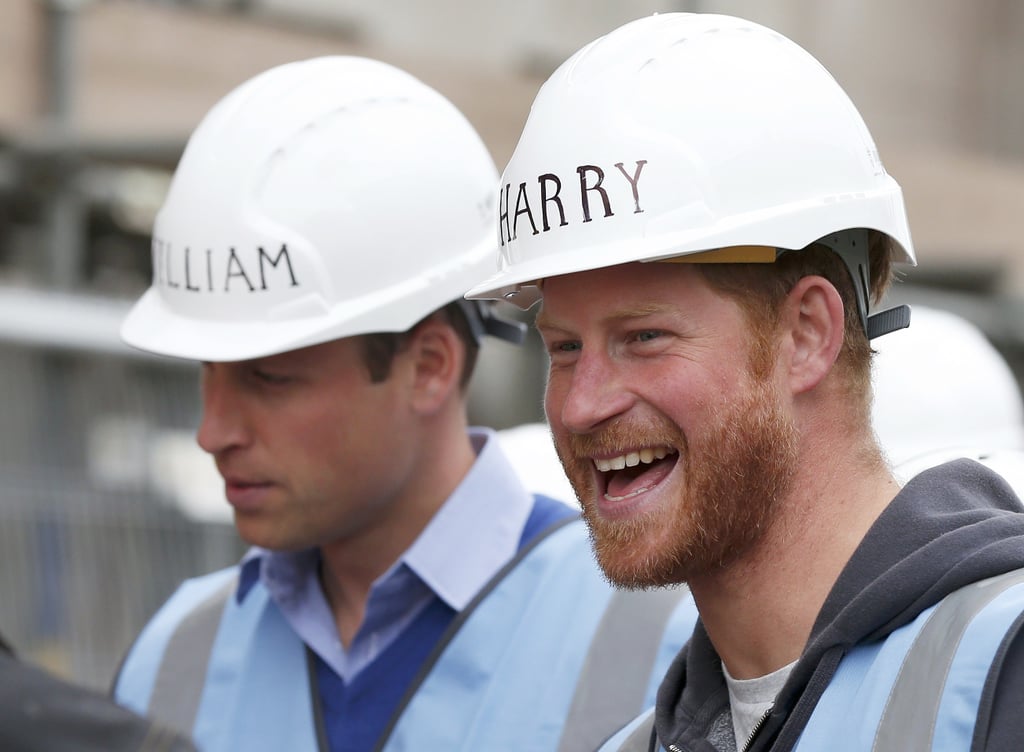 Prince William and Prince Harry helped renovate homes for Armed Forces veterans in Manchester, England, on Wednesday. The brothers sported hard hats with their names on them for the event, which is part of a project for an upcoming episode of the BBC series DIY SOS. While Prince William picked up a roller to paint walls, Prince Harry paved slabs with a crew.

The brothers' work day comes less than a week after they made an appearance at the Rugby World Cup with Kate Middleton. Prince Harry, who recently celebrated his 31st birthday, serves as honorary president of England's rugby team, and he also attended a Rugby Welcome Party last week. Keep reading for all the best pictures of Will and Harry's outing, then check out their cutest moments together through the years.