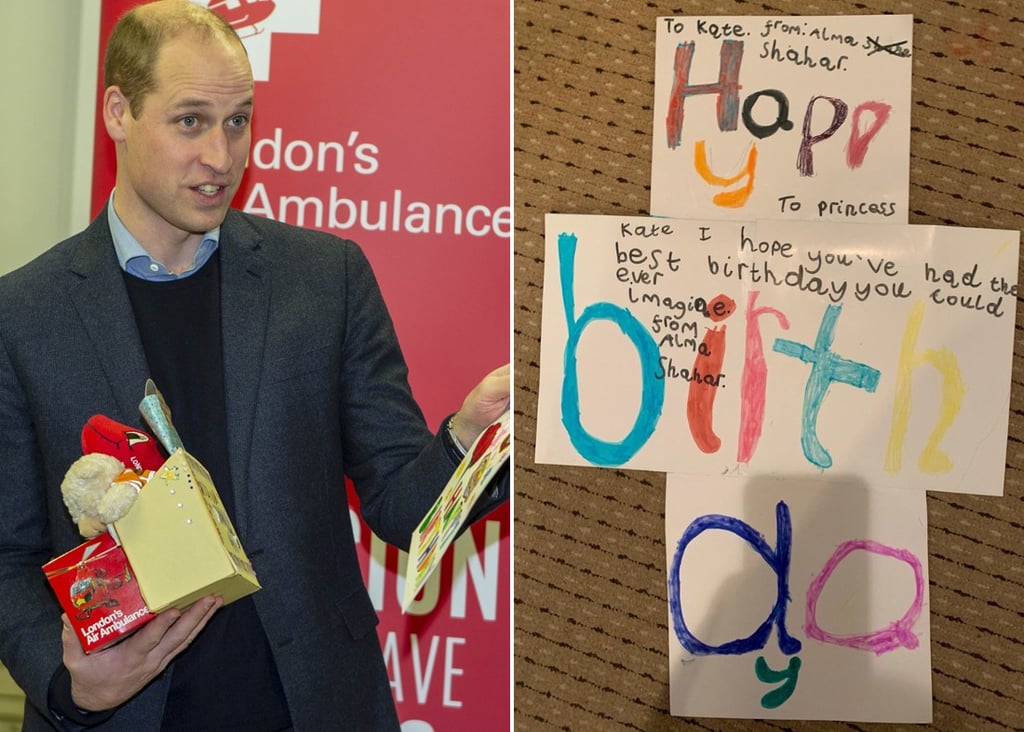 These Kids Gave Prince William a Birthday Card For Kate Middleton, and His Reaction Was the Best

Prince William might have had a solo engagement on Wednesday, but that doesn't mean he forgot about Kate Middleton's birthday! The 36-year-old Duke of Cambridge visited the Royal London Hospital and was honoured as the patron of London's Air Ambulance's charity campaign. Kate, instead, stayed behind with their three kids, Prince George, 5, Princess Charlotte, 3, and 8-month-old Prince Louis. During William's visit, a group of kids at the hospital presented the prince with a birthday card for Kate, who turned 37 that same day.

Reporter Rebecca English tweeted a video of the adorable exchange, in which William thanks the children for their birthday wishes. "Well done for remembering," he said. He also assured everyone that he didn't forget the Duchess of Cambridge's special day, adding, "I did remember this morning, so that was okay!" The card's handwritten message read, "Kate I hope you've had the best birthday you could ever imagine."

It sure seems like William and Kate are starting off 2019 on a high note. On Jan. 6, the royal duo made their first outing of the year when they headed to St. Mary Magdalene Church in Sandringham. And if their appearances from 2018 are any indication of what will come this year, we can expect to see William and Kate at several other charity functions, gatherings, and sporting events.

The Royals
Kate and Will Send an Encouraging Message For Mental Health Awareness: "We're All Connected"
by Kelsie Gibson 19/5
Latest Celebrity
×