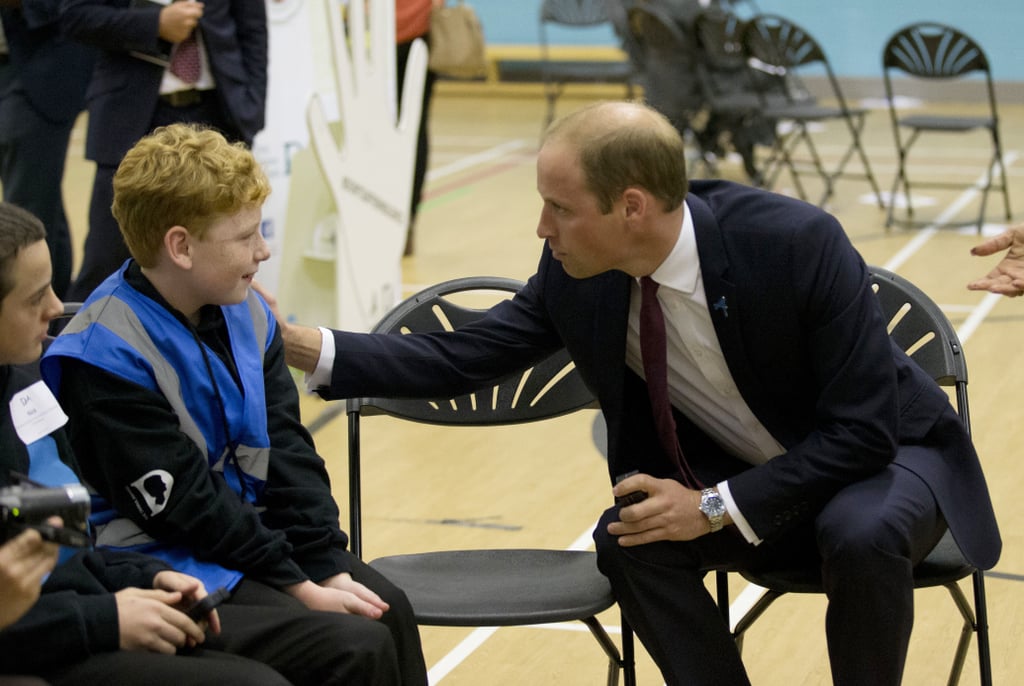 Prince William is doing his part to stop bullying in schools, and on Monday, he visited a school in Hammersmith, England, for a charity in his mother's name. The Anti-Bullying Ambassadors program is run by the Diana Award charity, a nonprofit, and this week, Prince William participated in a training day on issues kids face related to cyberbullying and LGBT bullying. A Kensington Palace spokesperson told People that Prince William "hopes [the program] will help de-stigmatise bullying issues in schools."

Of course, he isn't the only royal who's been meeting with young people lately. His wife, Kate Middleton, returned to her royal duties on Thursday with a visit to the Anna Freud Centre, a children's mental health facility in London. The next day, Will and Kate joined Prince Harry at the Rugby World Cup, flashing their biggest smiles while hanging out in the stands.