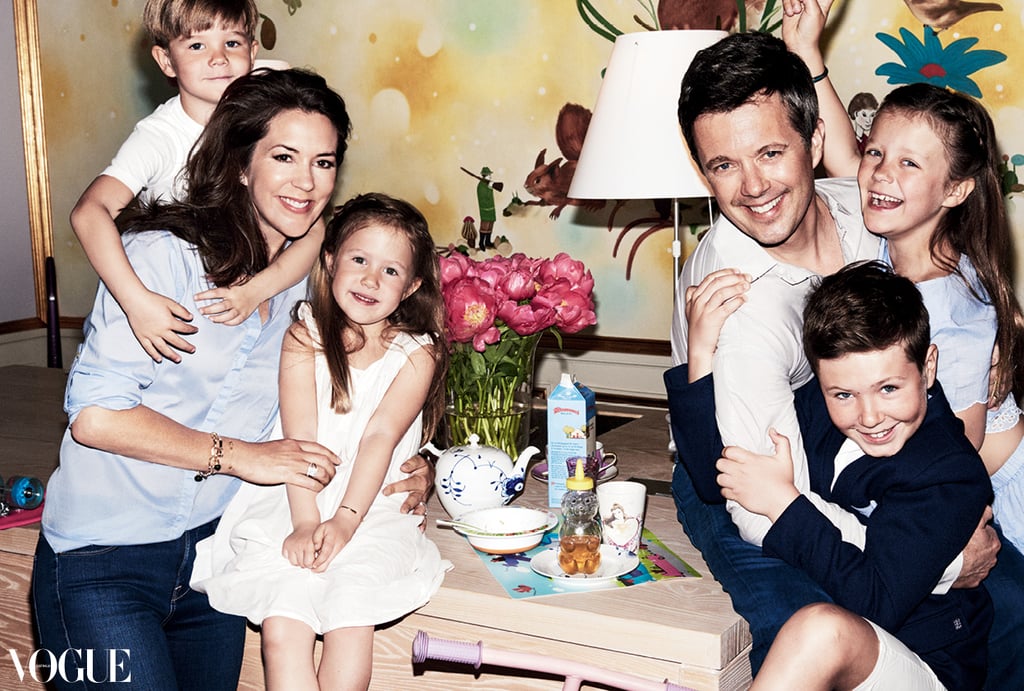 Well, count these in for the family album! Their Royal Highnesses Crown Prince Frederik and Princess Mary of Denmark have posed for a stunning editorial for Vogue Australia, with famed photographer Mario Testino behind the lens. The shoot took place in and around their home of Amalienborg Palace, in Copenhagen, and marks the first time in 12 years that Princess Mary has graced the cover of the magazine.

Also taking part in the shoot: the couple's four children, Prince Christian, Princess Isabella, Prince Vincent and Princess Josephine, all of whom absolutely shine in the image released by the magazine.

When asked about the term 'role model,' Princess Mary said this to Vogue Australia editor Edwina McCann: "I find it difficult to speak of myself as a role model, as role models are defined by the individual. It is what they see in a person that gives meaning or inspiration to them that makes another person a role model for them. It's not something I consciously think about."

Scroll to see the images of Prince Frederik and Princess Mary and their family, as shot by Mario Testino.

Parenthood
Jennifer Hawkins Backs the Decisions She Makes as a New Mum — "What Else Can You Do?"
by Hannah Story 2 weeks ago
Latest Celebrity
×