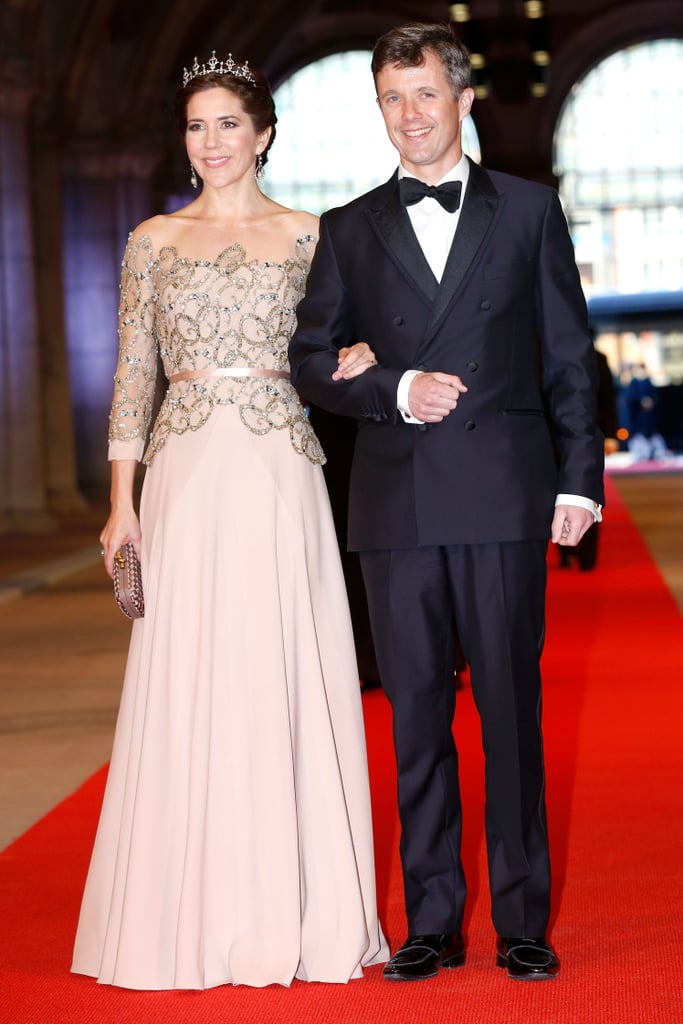 Princess Mary donned a glamorous gown and a tiara to attend a special dinner in Amsterdam with her husband, Crown Prince Frederik, last night. The dinner was hosted by the Netherlands' Queen Beatrix, who is abdicating the throne in favour of her son, Crown Prince Willem-Alexander. The banquet was held at the newly renovated national museum, the Rijksmuseum, and guests included royalty and VIPs from all over Europe, such as Prince Charles and his wife, Camilla. Prince Charles' sons have also been in the spotlight recently, with Prince William celebrating his second wedding anniversary with Kate Middleton, and Prince Harry continuing with his charity work.