Hugh Jackman and Jake Gyllenhaal headline the thriller Prisoners, about a pair of little girls who go missing and the desperate measures their parents take to find them. When the young daughter of Keller and Grace Dover (Jackman and Maria Bello) disappears along with her friend, the daughter of Franklin and Nancy Birch (Terrence Howard and Viola Davis), Detective Loki (Gyllenhaal) devotes himself to finding the girls. The child abduction plot has been done before, but the sharp Prisoners freshens up the genre. There are lot of elements that make it a must watch, so keep reading to find out what they are. 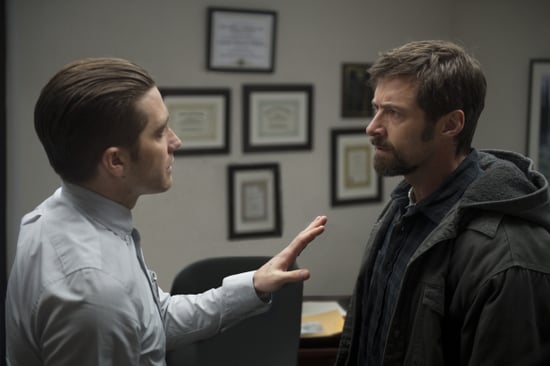 The plot keeps you on your toes.

The first mystery of the movie is the lack of evidence linking the super obvious prime suspect, Alex Jones (Paul Dano), to the girls. Frustrated by this, Keller decides to turn the tables on Alex to get answers, but if you think the movie is just a revenge saga, you would be wrong — and pleasantly surprised. As Prisoners gets going, different mysteries unspool, and you're trying to connect the dots while scratching your head. If you love a good mystery, this is the movie for you. Sure, there may be a couple plot holes on the way to unraveling it, but it's so entertaining that you won't care.

More of our thoughts on Prisoners when you keep reading.

Hugh Jackman is so good.

We know what a good actor Jackman is, but the revelation about his acting here is how he continues to show more dimension. You waver between judging Keller when he lashes out at Alex — and being sympathetic for him as a grieving father. It takes a great performer to walk the line, and Jackman is up to the task.

But Jake Gyllenhaal and Paul Dano are really good too!

The supporting cast has lots of talent too. Gyllenhaal's role is a little outside his wheelhouse — Loki is tattooed, tough, maybe a little lonely, and Gyllenhaal is impressive and convincing. He does give his detective character an unnecessary facial tic, but at least he's giving it his all. Dano is also fantastic — Alex is impossible to figure out, and, as with Jackman, you don't know how to feel about him. As if it couldn't get any better, Davis, Bello and Howard are each affecting in their unique, smaller roles.

Prisoners might be a little too intense for some — I felt like had white knuckles and gritted teeth for the much of the movie — but it adds to the overall tone and style of the movie. It's creepy, visceral, violent, and sometimes hard to watch — but you won't want to look away.

Movies
Who Plays Borat's Daughter, Tutar? We Finally Have an Answer
by Amanda Prahl 3 days ago
Latest Celebrity
×