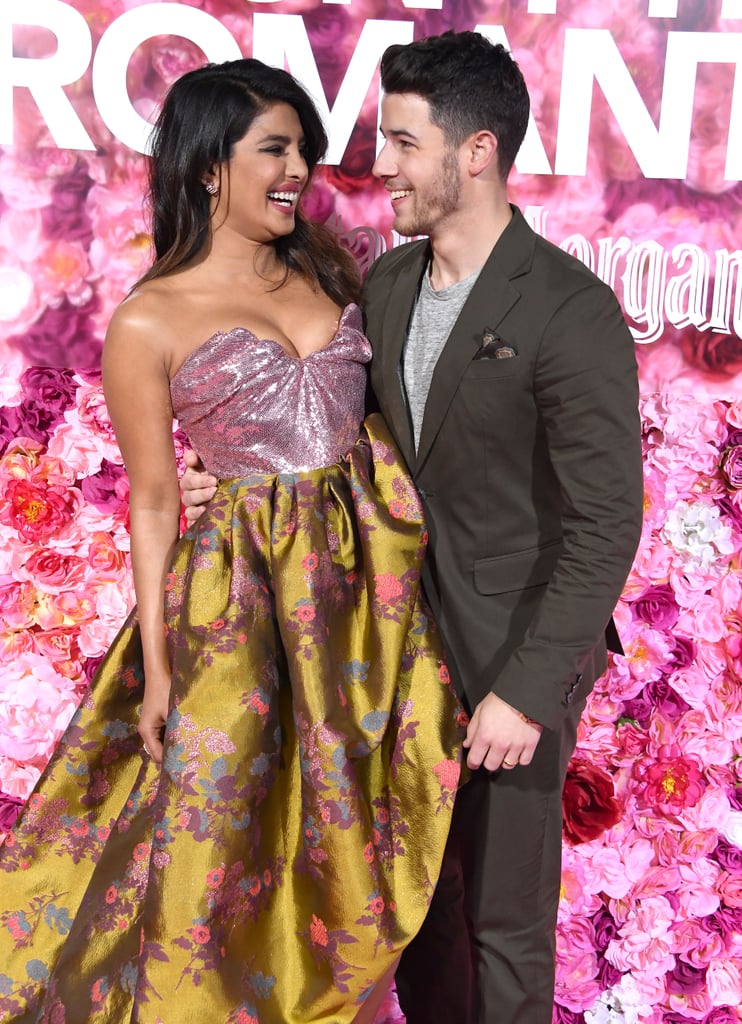 Priyanka Chopra and Nick Jonas may have babies on the brain, but they're in no rush to start a family. During the LA premiere of Isn't It Romantic on Monday night, the 36-year-old newlywed opened up about her and her husband's plans to start a family. "We both know that that's something that needs to happen, but it's not something I think about very much," she said. "We're both very driven, we love our work, we're married to our work, and we're both very supportive of each other's work. So I'm sure it will happen in an organic way."

Priyanka previously told People that she and the 26-year-old singer will have kids "when the time is right." Nick expressed similar sentiments on an episode of Spotify podcast The Rewind With Guy Raz, saying, "[In] 10 years, I definitely want to have kids. That is, it's going to happen in the next 10 years. Well, hopefully earlier than that. I'm very fond of children and I want to be able to do that." For now, Nick and Priyanka are still enjoying the honeymoon stage and "getting to know each other."

Celebrity Style
Jonah Hill Talks About Being Overweight and Having a Sense of Style: "Be Yourself . . . Lean Into It"
by Sarah Wasilak 13 hours ago

Celebrity Interviews
BTS Finally Sheds Light on Their Relationship Status: "Our Love Life . . . Is With All the ARMYs"
by Grayson Gilcrease 14 hours ago