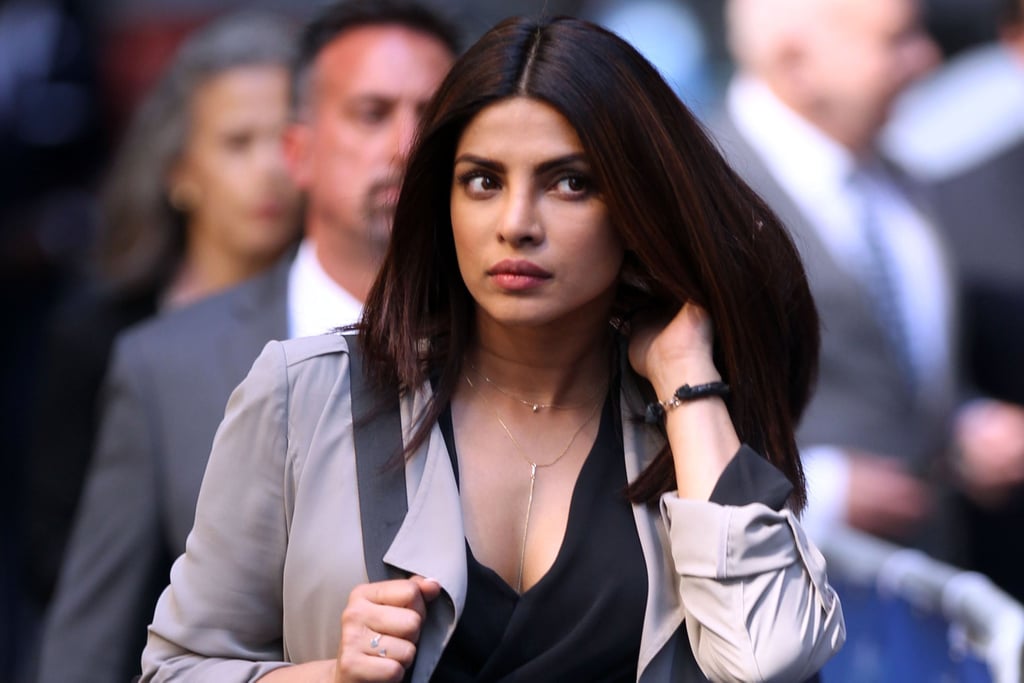 Not only is Priyanka Chopra kind of a badass, the woman is incapable of taking a bad picture — even when she's not posing. Chopra has been in New York filming season two of Quantico over the past couple weeks, and it looks like she's teasing a big talking-on-the-phone-then-hopping-into-action sequence. OK, so we have no idea what's going on here, but we do want those shoes. Take a look, then get filled in on everything we know about Quantico season two.

TV
FYI: The Novelist Behind The Undoing Had Her Eye on Sylvia Steineitz, Too
by Kristin Harris 5 hours ago