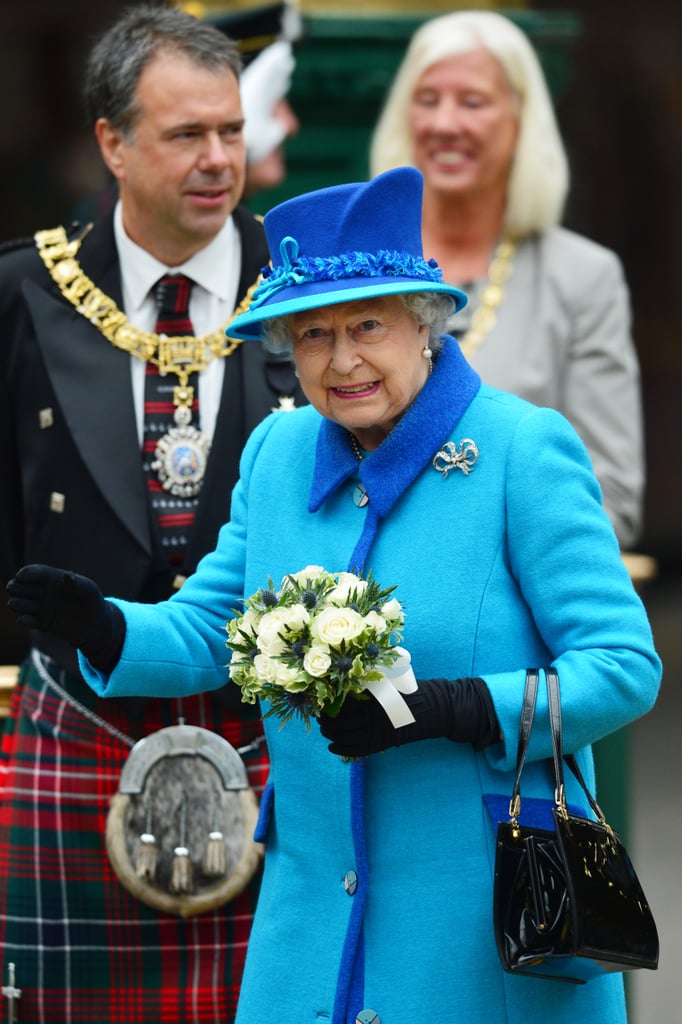 Queen Elizabeth II is officially Britain's longest-reigning monarch! On Wednesday, Sept. 9, the royal surpassed her great-great grandmother Queen Victoria's record by one day, having now ruled for a total of 63 years and seven months. The queen spent the record-breaking day in Scotland, where she and Prince Philip travelled from Edinburgh to Tweedbank on a steam train. Later, as she opened the new Scottish Borders Railway, the queen spoke about her new record, saying, "Inevitably a long life can pass by many milestones — my own is no exception — but I thank you all and the many others at home and overseas for your touching messages of great kindness."

For more about the fascinating royal, read 12 facts you probably didn't know about the queen, and then see her slightly awkward moments with Kate Middleton.