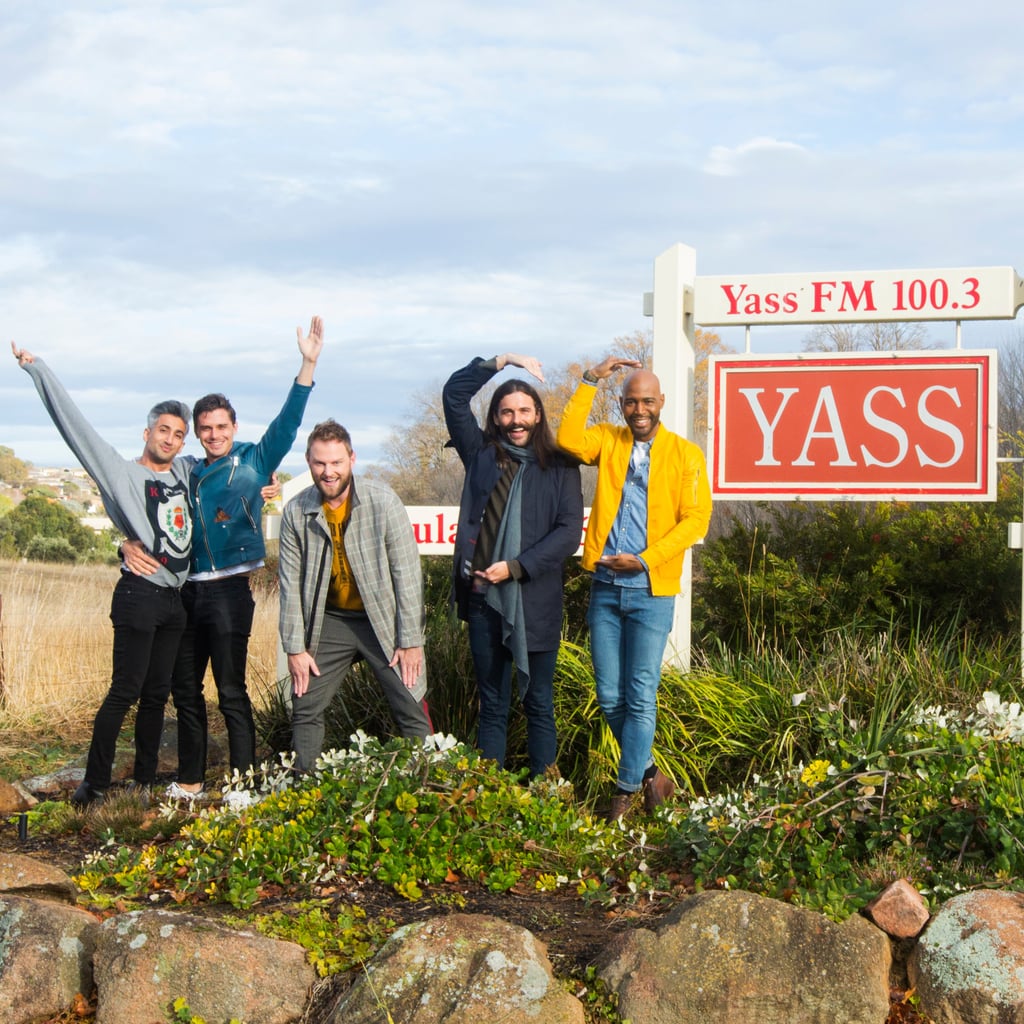 In June, the Queer Eye Fab Five were in Australia on a promotional tour for season two of the hit Netflix series, and naturally, their first order of business was lending their expertise to a lucky local lad.

Antoni, Jonathan, Tan, Karamo and Bobby hit the rural town of Yass, NSW to give George, a local cattle farmer, a mini "make-better". Nominated by his second child Levi, George spends most of his time on the farm, has been single for a while and needed a bit more overall sparkle in his life. The local pub design was also revived by Bobby, and its bistro menu received a new signature dish, courtesy of Antoni.

Emotions run free, George gets a new bout of confidence ahead of an important event, and we even get to see Tan's convincing Aussie accent. To top it all off, the town Mayor also presented each of them with their own tiaras, because, well, now they're all Yass Queens. Watch the full makeover and cute coronation ceremony below.

Queer Eye Season 2 is not streaming on Netflix.

Celebrity Interviews
There's a New Queen of Bayside, and Her Name Is Josie Totah
by Grayson Gilcrease 5 hours ago

TV
Will Ted Lasso Score a Second Season? Here's What We Know
by Ashley Broadwater 5 hours ago

TV
Sad News: Pop Has Cancelled One Day at a Time After Its Fourth Season
by Monica Sisavat 1 day ago
Latest Celebrity
×