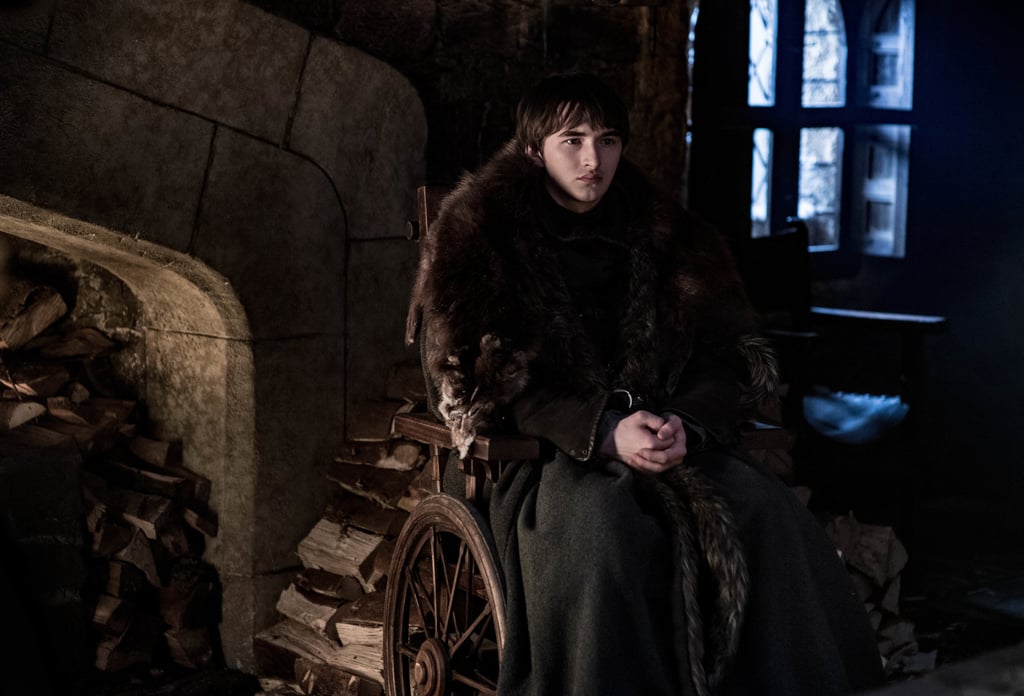 Game of Thrones, we need to have a talk. Look, I know the army of the dead is knocking on Winterfell's door, but there's one thing bugging me about the first two episodes of the season, and that's how everyone is just rolling with Bran's "I'm the Three-Eyed Raven" spiel. He made a big deal about telling everyone there's no time for pesky things like questions or emotions after reuniting with Jon Snow in the premiere, and he's right, I suppose, but if my long-missing little brother reappeared acting like a total weirdo and possessing the ability to see all things and time travel, we would be having a talk. So far, the only person who is expressing a healthy interest in Bran's gifts is Tyrion, who settles down for a long talk with the Stark boy before the Battle of Winterfell gets underway.(And even he apparently got bored midway through the story, because one scene later, he's hanging out with Jaime and listening to Tormund's disturbing giant tale.)

Bran's been home for a hot minute now, but no one has asked him any pertinent questions on camera. Even his plan to sit in the Godswood waiting patiently for the Night King to show up and try to murder him isn't met with much surprise. Sam's all, "Yeah, he knows all things, so I'd definitely try to kill him first, too" — but why, though? His explanation that he's the collective memory for humanity is a bit flimsy, since as jobs go, that one must not be too important in the grand scheme of things, or people would have known that the Three-Eyed Raven wasn't just a myth all along. After all, the previous Three-Eyed Raven basically just sat around and watched history happen until the Night King began rallying his troops in earnest. Or maybe there's way more to the gig — but we'll probably never know, because everyone from Jon to Tyrion has failed to ask the following basic questions.