Blake Lively is on the cover of the upcoming issue of Interview. She opened up for a chat with her The Town director Ben Affleck, and the pair spoke about working together and even his lack of fashion sense. Blake is getting into promotional mode for their big-screen project, but lately she's been all about shooting the new season of Gossip Girl. Ben hasn't been shy about his fondness for Blake and the duo looked like they hit it off while filming together last year. Blake said: 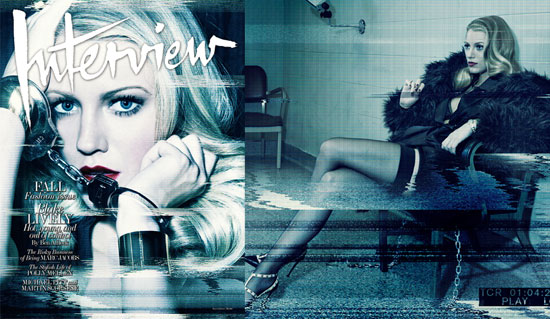 Staying Home
Ryan Reynolds Is Supposed to Dye Blake Lively's Hair at Home, and I *Need* to See the Results
by Karenna Meredith 27/4/20