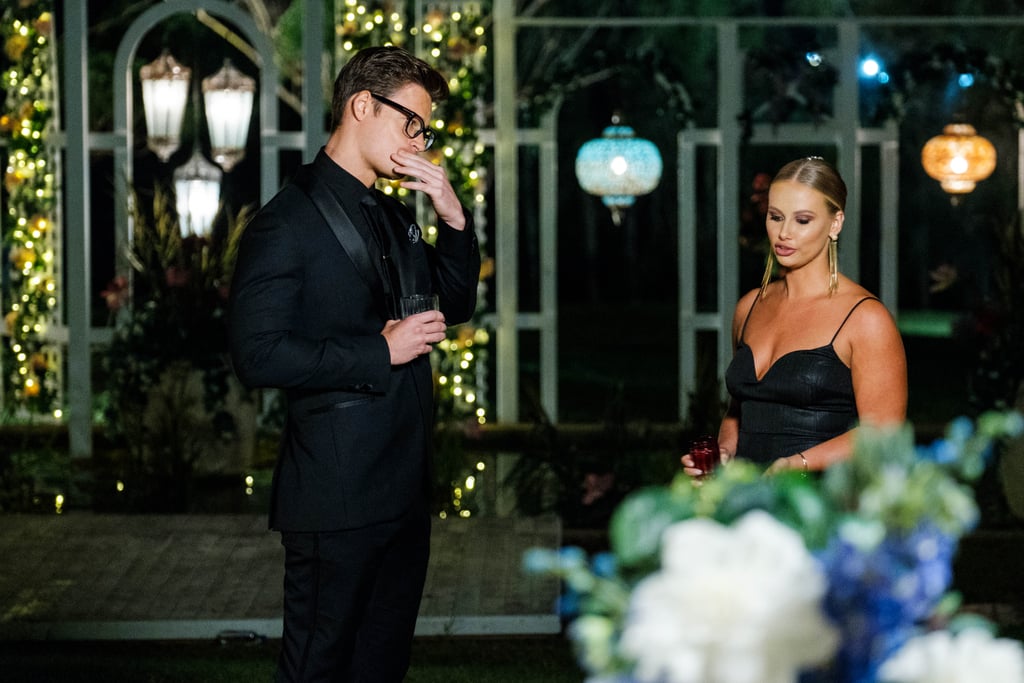 Rachael Arahill certainly made quite the entrance on this season of The Bachelor. Rocking up in a wedding dress, complete with a bouquet and bridesmaid in tow, it was clear she left a lasting impression on Bachelor Matt Agnew. So, it's only fitting that her abrupt exit from the show was just as memorable. Yep, Rachael was busted for having a crush . . . just not on Matt.

It all started when she revealed her "Plan B" should she not fall in love with Matt. Turns out, Plan B, as he was simply referred to, was a member of the show's production crew. While Rachael's mystery man never appeared on camera, boy was his presence felt. Although Rachael explained that he was perhaps more suited to her than Matt as he is "good looking, nice, funny and lives near [her], Mary wasn't having any of it, and decided she would spill the beans about the potential affair at the next cocktail party.

Ultimately, she did just that, and backed the allegation up with receipts in the form a note Rachael had written Plan B with her name and number. Upon this discovery of evidence, Matt confronted Rachael, who tried to claim her pursuit of Plan B was simply a joke. But, Matt saw nothing funny in the incident, saying that while his "head is not so far up [his] arse that [he] think 28 people are all going to be interested in [him]", there was "obviously no point" in Rachael sticking around if she, well, wasn't into him at all. Thus, he asked her to leave, and with that Rachael was eliminated from the show.

While she declared it was a "stab in the back" to be dobbed in over Plan B, she didn't seem overly distressed, as she "might find love with Plan B", and she's "never had any troubles getting guys in the outside world" anyway. Message received!

Check out how it all went down below.

Related:
The Best Bachelor Recap Podcasts to Download If You Ever Miss An Episode
Previous Next Start Slideshow
Join the conversation
TVThe Bachelor AustraliaAustralian TVReality TV
More from POPSUGAR
From Our Partners
Related Posts

TV
Every Last Detail About Grace's Coats on The Undoing, Straight From the Costume Designer
by Victoria Messina 9 hours ago

TV
His Dark Materials: Why That Bench Scene Is So Integral to the Story
by Navi Ahluwalia 12 hours ago