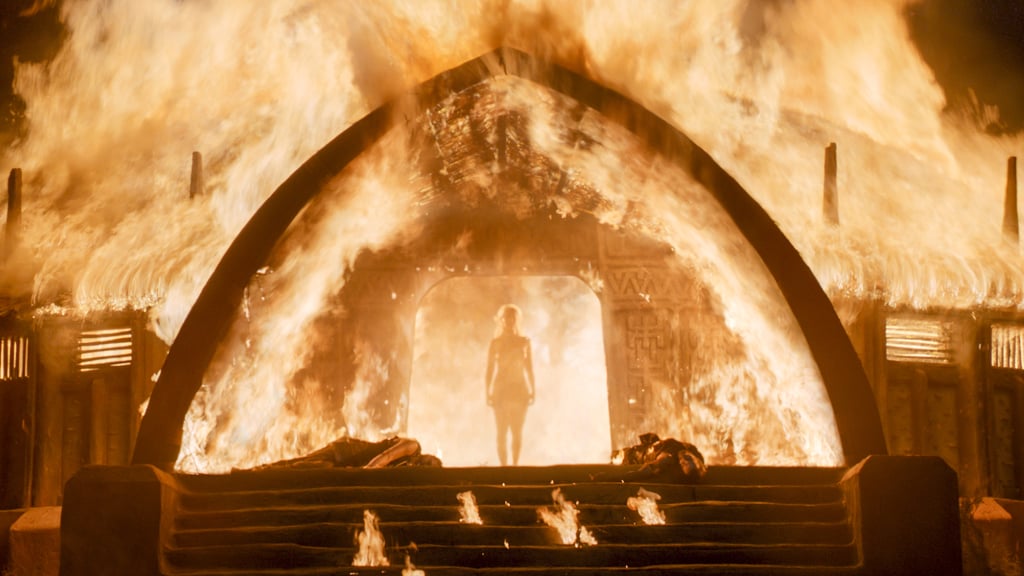 Warning: giant spoilers from the fourth episode of Game of Thrones are below!

Since the fourth episode of Game of Thrones starts off with an emotional, heartwarming reunion between Jon Snow and Sansa, it's only fitting that it ends with one of the most badass moments in the show's six-season history courtesy of the Mother of Dragons. Daenerys, who has been stuck in Vaes Dothrak since the season premiere, is brought into a room of khals who will decide her fate. After it becomes clear that the only thing they have in store for her is a whole tonne of rape, Dany sets the room on fire, burning them all to death. She then casually walks out of the flames, naked and unscathed, and soon has the rest of the Dothraki bowing at her feet. It's a powerful moment for Dany, and the internet could not have agreed more. Check out all of the hilarious reactions to her epic scene below, and then see how people handled the scene between Jon and Sansa.

TV
Virgin River: 3 Theories About That Cliffhanger Ending in the Second Season
by Kelsie Gibson 15 hours ago

Music
Kelly Clarkson's Cover of Justin Bieber's "Sorry" Begs the Question: What Can't She Sing?
by Monica Sisavat 15 hours ago

Music
Pink and Her Daughter, Willow, Help Make the Season Bright With Their "The Christmas Song" Cover
by Karenna Meredith 15 hours ago

TV
FYI: The Novelist Behind The Undoing Had Her Eye on Sylvia Steineitz, Too
by Kristin Harris 15 hours ago