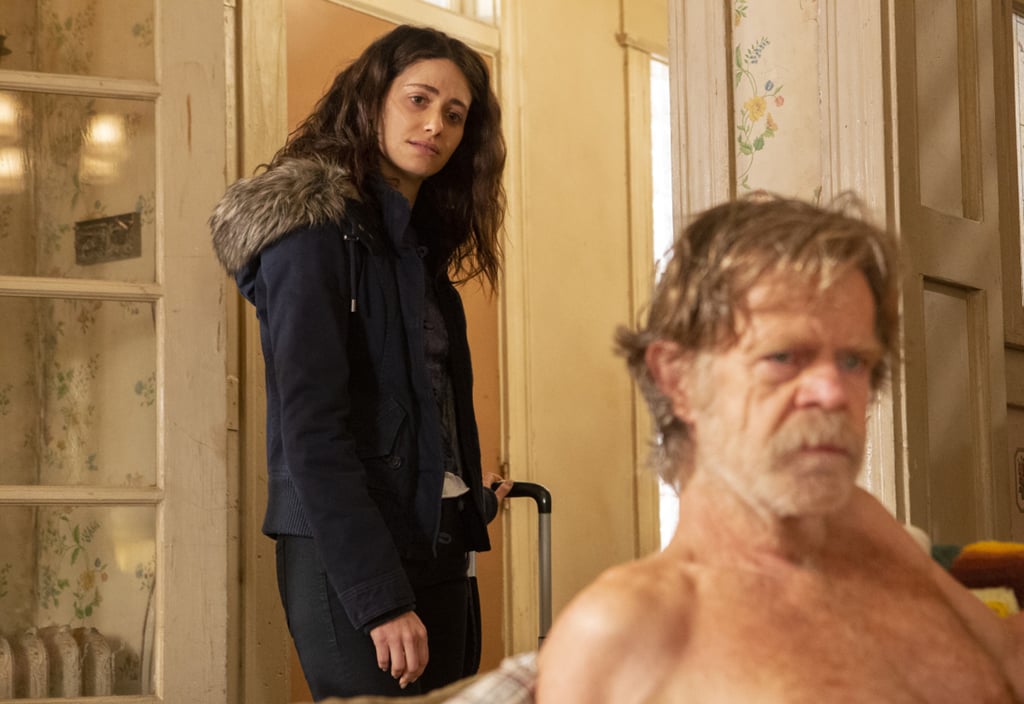 Warning: the following post contains spoilers for the season nine finale of Shameless.

It was a bittersweet goodbye for Fiona Gallagher during Sunday night's season nine finale of Shameless. Since Emmy Rossum announced that she'd be leaving the show after this season, fans have hypothesized about her exit. Would she reunite with Jimmy/Steve? Would she keep going down a dark path and end up in jail or rehab? But as fans prepared for the worst, Fiona's exit went down in the warmest, most un-Gallagher way possible, and it has everyone crying happy tears.

After hitting rock bottom during last week's episode and later receiving a check for $100K from her former business partner Max, Fiona is very aware of the second (or sixth) chance she is given. Her attorney said it best: "You seem like a smart girl, Fiona. [It's] time to leave this South Side hood-rat crap behind you and get on with being an adult." So, that's exactly what she did.

Fiona says her goodbye to Ian in prison, leaves a very generous gift for Debbie, and she even shares an unexpected, tear-jerking moment with Frank before taking her suitcase and heading out the door. It's an incredibly emotional farewell, but a happy one, and we can't wait to see how the Gallagher family evolves without her leadership in season 10. Ahead, see how fans are reacting to Fiona's sentimental departure after 111 episodes on the show.