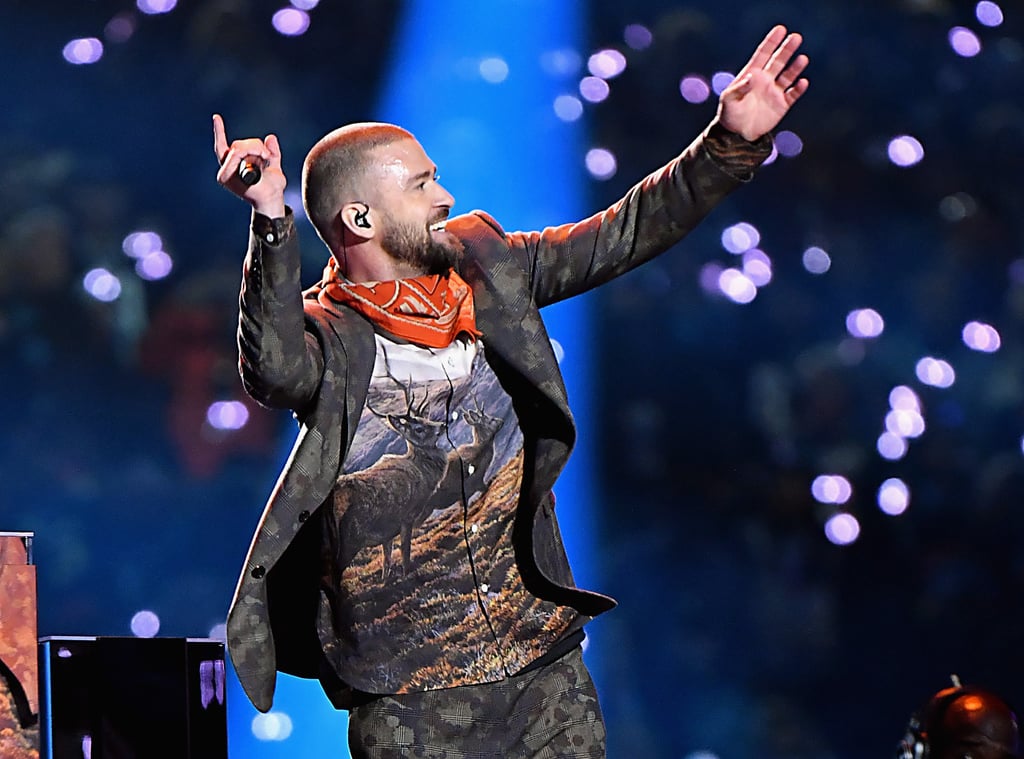 The Internet Could Not Handle Justin Timberlake's LII(T) Halftime Show

Oh yes he did! Justin Timberlake had the crowd on their feet with his electrifying halftime show during Sunday night's Super Bowl. Although the singer joked that it was a "lazy Sunday," on Instagram hours before the game, Justin's dance moves and vocals were anything but that.

Following the criticism and slew of rumours claiming Justin would perform alongside a Prince hologram to honour the late singer's hometown of Minnesota, the Man of the Woods simply had a projector that coloured the stadium purple while he sang "I Would Die 4 U." Read on for some of the best reactions to Justin's LII(T) halftime performance.

Music
The Weeknd Is Headlining the 2021 Super Bowl Halftime Show, and I Can't Feel My Face
by Monica Sisavat 3 weeks ago

Celebrity Kids
Reporting From Chrissy Teigen's Living Room, Here's Luna Stephens With the News: "Nothing!"
by Chanel Vargas 4 weeks ago