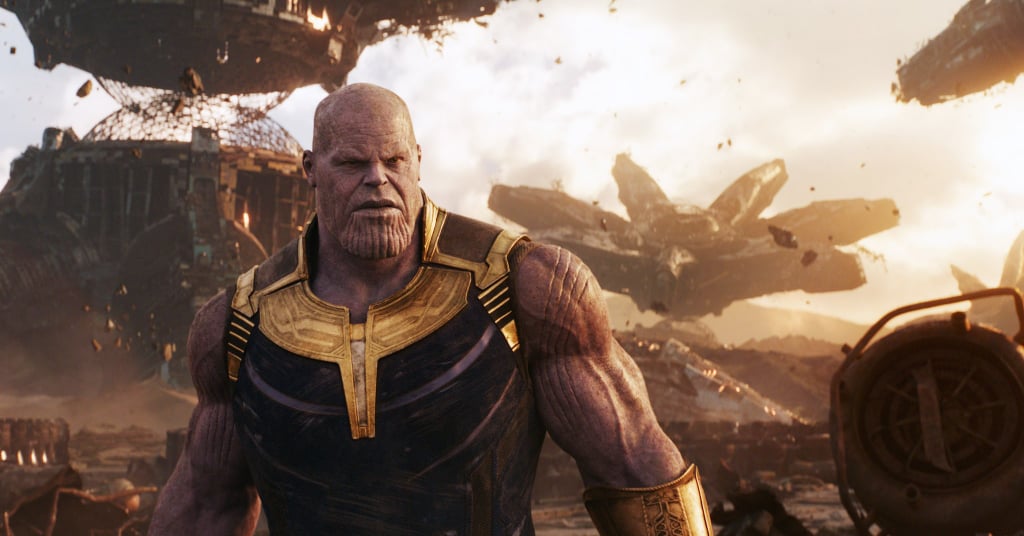 Sorry, but Everyone Tweeting About How Sexy Thanos Is in Infinity War Needs Church

The general reaction to Avengers: Infinity War has been tears, which is to be expected given how Marvel's latest superhero film wraps up (spoiler alert: death, destruction, and even more death). But in the midst of all this chaos and heartbreak an even more disturbing threat to the universe has emerged: everyone's attraction to Thanos.

Listen, I can appreciate that the big purple bad guy, who's played by Josh Brolin, is a much more nuanced and empathetic villain than we're used to seeing in the MCU. All those scenes with Gamora? Come on. If you don't shed a tear during at least one of them, you're the monster. But apparently the real reason people are so on board with Thanos — whose chin looks like the back of a Yeezy sneaker, FYI — is because he's so "thicc."

I honestly have no words, so please let the following tweets do the talking for me.