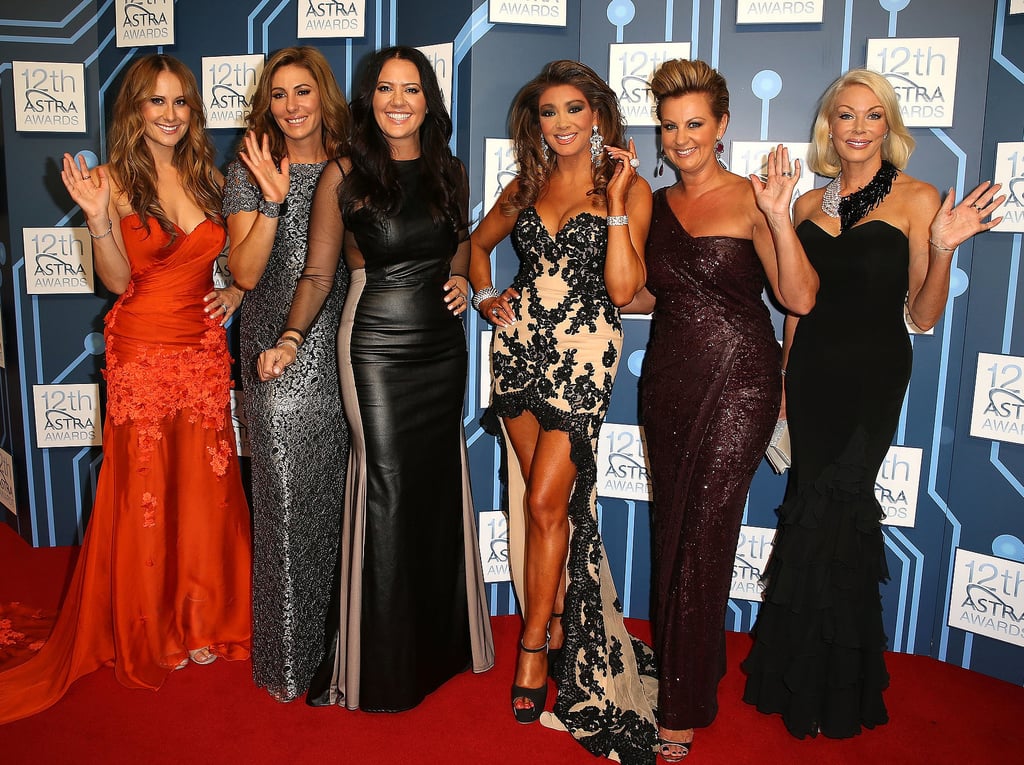 It’s easy to dismiss the action in front of a camera on a reality show, or ‘dramality’ show, as being staged, fake, or played up. But the drama on The Real Housewives of Melbourne appears to be very real, according to some of the stars of the show. At last week’s ASTRA Awards in Sydney, POPSUGAR Australia caught up with Andrea Moss from the series, who smiled and posed alongside her fellow Housewives, but revealed some of the off-set tension to media as she made her way down the press line. Now that the series is a few episodes in, here’s what she had to say.

On being recognised: “I cannot believe how much attention the show’s getting. I can’t believe it now. We go down the street and everyone knows who we are. We go to a family outing in the country, people know who we are. We go to a function and literally have to stand there and take photographs, and we’re obliging, we do all that stuff. But I cannot believe how interested people are in all that stuff. I didn’t even watch reality television until the show!”

On whether she’d do a second series: “Would I do a second series? Look, I’ll let you know after we do the reunion show. The reunion show is going to disclose a lot of off-camera issues. Basically, in week two, something happened off-camera that we weren’t allowed to talk about, and they’ve finally got legal clearance to talk about it. That was a really big thing in making me really, completely, dislike working with a certain person who may be a barrister. I just don’t know if it’s cool to fire off legal threats, and things like that.”

On tension with Gina Liano: “We don’t talk. I have four really good friends on the show, and then the other one I just don’t talk to. I’m not going to speak to someone who can’t find it in her to apologise for calling you [an expletive]. You’ve got to take a stand to some sort of level of profanity. That is the low.”